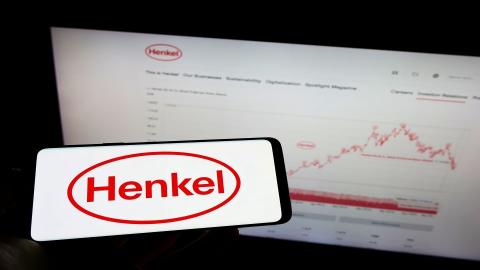 This past February, Henkel announced it would be consolidating its businesses, introducing Henkel Consumer Brands — a merger of its laundry, home care and beauty divisions. In a recent call with investors, Henkel CEO Carsten Knobel said the company is on track for its two-pronged approach.

“It will enable better opportunities to shape our portfolio, to leverage combined scale, and provide more exciting roles for our team,” said Knobel of the merger. “We will also benefit from significant synergies. With the creation of Henkel consumer brands, we will fuel growth and profitability and bring our purposeful growth agenda to the next level.”

According to the call, Henkel’s restructuring will include two global categories: laundry and home care, and hair care. Any other categories will be managed by regional structures. Knobel stated this will result in reduced layers and higher levels of responsibility within its people roles at the organization.

While the integration process began immediately, the company expects the formal kick-off to occur in early 2023, and has so far defined the first four organizational layers of the restructure.

“In some countries, we are even ahead of this timing. In the U.S., for example, the new organization will be established already from September onwards,” Knobel clarified. “So we are well on track.”

As part of this plan, Henkel is taking a closer look at its IT structure.

“When it comes to our digital unit DX, we are leveraging the reorganization of our digital and IT teams which we had also completed ahead of time,” he said. “The new setup with highly efficient structures and standard IT processes helps us boost our investments in digital skills and platforms and makes us future-ready for additional growth.”

The company stated Henkel Consumer Brands will be its “second strong pillar” next to its Adhesive Technologies unit.

Henkel has launched key innovations in this segment as well, shifting from traditional stitching and gluing to automated hotmelt technology that provides “clean operations and a trouble-free production line.”

“Thanks to process automation, it increases manufacturing efficiency by up to 7 times compared to the traditional stitching method,” said Knobel.

Despite a volatile environment which is causing havoc on pricing and the supply chain, Knobel said there have been “quite good developments” in the second quarter for its laundry and home care segment.

In North America, Knobel said Henkel has seen strong development of organic net sales growth in both its beauty care business and in laundry and home care — “with significant growth now in the first half year. This is also having a positive impact on the market share situation.”

Laundry and home care had organic sales growth of 7.4% with pricing up by close to 10%. Laundry care achieved double-digit growth, driven primarily by heavy-duty detergents and special detergents, the company reported.