The full digital edition of CGT's April 2018 is available here. The table of contents can be found below.

Finding small to medium-sized businesses to recognize as our Standout SMBs is getting easier each year — because there seems to be a lot more small companies standing out these days.

You can no longer open your inbox without finding at least a few examples of fledgling ventures and startup companies that are breaking the industry mold and making an almost immediate splash with consumers (not to mention with the mainstream business media).

We were almost writing tongue-in-cheek in February when we reported on Kloudes, a just-launched maker of mattress toppers whose avowed mission was to “disrupt the disruptors” that had made online mattress buying (and shipping) possible through breakthrough product designs. But the point we wanted to make was simple: it’s a whole new world out there.

Then we attended ShopTalk in March. There’s a very old, un-PC idiom about wielding a dead animal that fits the number of direct-to-consumer startups showcased at that event. My favorite was Function of Beauty, a company using proprietary algorithms to make “hyper-ultra-personalized” shampoos and conditioners based on user preferences. The company claims it can produce 12 billion unique formulations; the buyer’s name is imprinted on the package.

And here’s an almost surreal example from the NRF Show in January: Speaker Simon Rodrigue, former senior vice president of e-commerce for Walmart Canada, told the audience that, in addition to running his own digital consultancy, he had recently co- launched Instant Teas, a line of 100% natural, premium teas that can be brewed quickly in hot or cold water. This side business (if you will) proves “how easy it is in today’s age to build a brand,” he noted. (Rodrigue has since joined Staples Canada as chief digital officer, by the way.)

Has building a consumer goods business become a hobby, then? Not quite. But the barriers to market entry have certainly declined in number — and any concern over potential barriers has apparently disappeared entirely. As one speaker said at the Path to Purchase Summit last month, future competitive threat is more likely to come from the proverbial “two guys in a garage” than from existing companies.

And there’s lot to learn from these upstarts, which is why we’re even more excited than usual to present our Standout SMBs this month. Some of them are very young (two are less than a year in existence). A couple are very old. Most of them have a unique go-to-market strategy, but all of them are fully committed to satisfying consumer needs — which is a lot different than creating consumer demand, and might very well be the key to future success for consumer goods companies of all sizes.

We feel so strongly about the benefits of learning from this new crop of SMBs that we’re devoting a good portion of the Consumer Goods Sales & Marketing Summit’s agenda in June to getting them up on stage. We’ve already lined up two of this year’s honorees — Farm & Oven Snacks’ Michael Senackerib and Dirty Lemon Beverages Zak Normandin — as well as last year’s SMB Market Award winners: Dan Klein and Patrick Tannous of Tiesta Tea.

The rest of the agenda is designed to help CGs “Confront the Consumer-Driven World,” which will require them not only to rethink their sales and marketing strategies, but also to reimagine the rest of their business practices to better facilitate the changes needed along that “last mile” to product purchase. Visit consumergoods.com to find out more.

Until then, try to think a little smaller. But keep dreaming big.

To read the April issue, click on the links below. 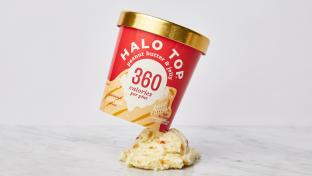 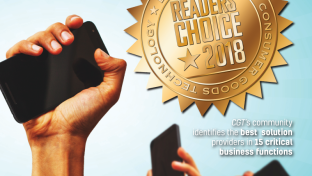 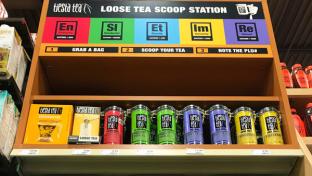 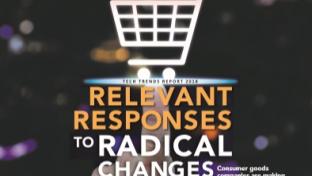 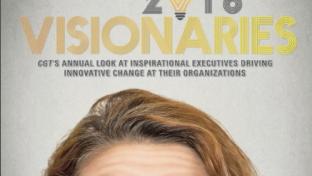