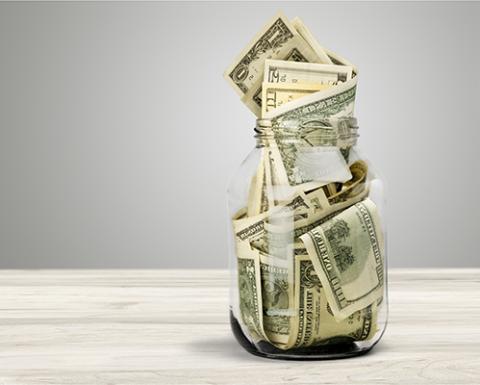 Although consumer goods companies are investing in digital and analytics, the majority (60%) aren’t seeing an impactful ROI.

Beyond the short-term consequences of these losses, long-term implications include losing share and employee talent to the companies that are.

In a March piece, “Solving the Digital and Analytics Scale-Up Challenge in Consumer Goods,” McKinsey & Co firm identified four of the most common mistakes that are hindering organizations from capturing value at scale from digital and analytics.

To be sure, CPG firms are confronted with a difficult road: Consumer packaged goods ranked ninth out of eleven in McKinsey’s ranking of digitally mature industries, ahead of just automotive and infrastructure. (It fared better for analytics maturity, coming in fifth.)

However, those that fail to invest will indeed continue to fall further behind. The gap between leaders and laggards is growing, McKinsey noted, and it’s the firms that successfully marry data tools, talent and strategy that will have the competitive advantage.

The four errors include:

While execs may think of the tech as the most important investment priority, change management is getting the short stick and it’s undoing any potential progress.

“Without senior business leaders committed to role modeling the changes and a comprehensive plan for encouraging adoption by frontline employees, new techniques won’t stick,” notes the report, which advises digital and analytics leaders to allocate 50% of investments to change management, 25% to data and 25% on technology.

CPG firms are failing to successfully connect their digital and analytics programs to their entire enterprise strategy.

“Laggards tend to treat digital and analytics efforts as side projects rather than important enablers of enterprise-wide priorities,” noted McKinsey.

As a result, efforts don’t receive the required attention and resources required, with “pockets” of initiatives being rolled out in patchwork, not harmony. Deemed stuck in “pilot purgatory,” these companies are only able to achieve small wins instead of impactful success across the entire business.

Similarly, companies unable to scale have too often sunk their dollars into “generic enablers” that would theoretically needs of the whole enterprise.

Companies are investing in technology with impacts they don’t fully understand. Not only can this result in solutions that don’t accurately meet their needs, but they also quickly become outdated.

4. Holding Out for a Hero

McKinsey cautions the companies against spending too much time looking for the “perfect” data scientist. Instead, it recommends such practices as building ranks through training up, disaggregating roles or partnering for new capabilities