All consumer goods categories are accompanied by unique business challenges and nuances, but a global seafood supplier may have a few more than most.

As a nearly 250-year-old company headquartered in Nuuk, Greenland, Royal Greenland operates within a highly regulated and extremely competitive environment. Owned by the Greenland government, the public seafood company has a presence in North America, Europe, China, and Japan, with about 2,200 independently owned nearshore fishermen in Greenland’s icy Disko Bay included within its operating model.

The fishermen are either small companies themselves or solo operators, all of whom must comply with a vast range of regulatory purchase, recording, and validation processes for their catches — processes that also, naturally, happen to be paper-based — and so as part of its digital transformation strategy, Royal Greenland sought to digitize them.

While the company was already using a number of mobile solutions, it needed something that aided select offline environments while remaining tightly integrated with its back end, Lars Bo Hassinggaard, Royal Greenland manager of corporate IT, tells CGT. 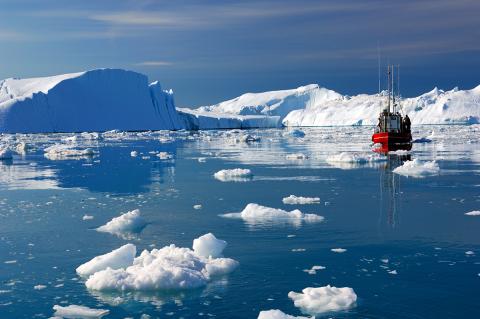 Given the size, scale, and complexity of where it operates, strong user adoption and ease of implementation were crucial, as the company’s breadth can be a bit deceiving.

“We are, in many respects, a small company with a complex structure,” says Hassinggaard. Their fishing trawlers are connected by satellite and often foray into locations with spotty service, in turn requiring a sophisticated tech stack to bridge the many moving pieces.

Employing a design-thinking approach, Royal Greenland leveraged SAP’s Business Technology Platform to develop a series of iOS-based mobile apps for both the fisherman and Royal Greenland internal employees. The company developed three apps: an iPhone app for the fishermen to record their catch and submit the required signatures; an iPad app for the weight and quality process for the procurement team to send to its ERP; and a web-based app for back-end administrative purposes.

Royal Greenland began piloting the apps in late 2020, initially focusing on an integration with their high-volume, more digitally mature fishermen. Even so, getting things off the ground required Royal Greenland to lease phones to some fishermen who lacked iPhones.

Given that its users were privately operating independent fishermen, it was also important to Royal Greenland that they avoid having to return to users every two weeks to push through or communicate a new feature.

“We had to make a package that was quite well-defined from the beginning, and then we could do faster deployments,” says Hassinggaard. “Having a safe integration with the SAP back end in the cloud to our on-demand on-prem [system] was very important.” 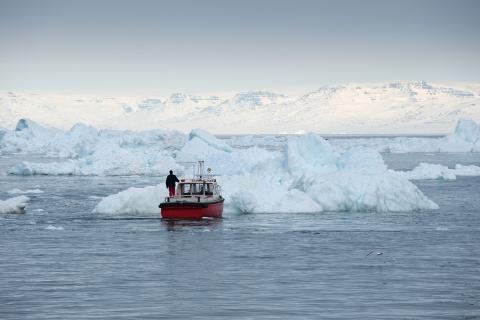 Heeding the devil and his details, Royal Greenland focused on those small UI features that can make a big difference once they’re in users’ hands, and it’s a strategy Hassinggaard says has paid off. By nailing ease of use, the company has recorded strong adoption rates. Once the fishermen have started using the app, they haven’t gone back, he notes, adding that both internal and external adoption rates have been stellar after two years — with internal rates nearing 100%.

Digitizing the process has made it easier for the fishermen to record the catch data and signatures required for government regulations, and for Royal Greenland to document their compliance with sustainability requirements, including the Marine Stewardship Council (MSC) certification for sustainable fishing.

[Learn more about removing paper-based processes from the supply chain]

“We have some who've been in the fisheries for decades. They don't change their habits overnight,”  Hassinggaard says. “But we see this tendency that they do actually change little bit over time, and we have a lot of people, especially those areas where we have to focus on getting this application out there, [where] it’s basically selling itself in terms of adoption.”

It was also important to Royal Greenland to have a platform it could build upon but still be usable out of the box. Looking ahead, they may add features to further support the fishermen’s budgeting and finance capabilities.

“It’s really important that we have something to build upon because there's so many other tools in that technology platform you can adopt, so you pay as you go,” he says. “You don't need to use it all …  You can actually take some AI capabilities at a certain point there for other parts of our business, so for us, it's also a strategic choice to have a platform you can build upon.”