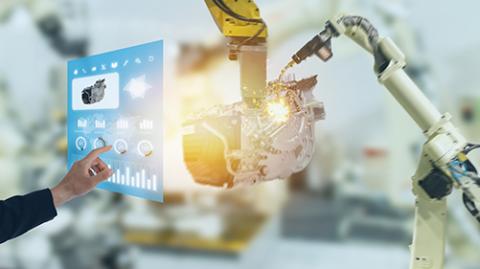 Much has been made about digitalization and its effects on industry. But some segments of the economy aren’t easily reduced to digital systems and data, like manufacturing, where people still do the bulk of the work. Augmented reality (AR) solutions can help deliver digital benefits to human endeavors.

According to a 2021 study by ABI Research, industrial workflows, including manufacturing, have started to reap the benefits of AR headsets. Analysts estimate companies have deployed more than 15 million AR glasses to workers who can use them to visually access information, collaborate with colleagues, and communicate what they’re seeing on the job.

“Augmented reality adds a visual element to a data-heavy system that can sometimes devalue the human worker,” according to Eric Abbruzzese, augmented and virtual reality research director at ABI Research. “AR brings the worker back into the equation.”

Like a transparent computer screen in front of the wearer’s eyes, AR headsets and glasses allow manufacturing workers to visualize information, product schematics, documents, and other information from the shop floor, where it’s needed. For instance, by comparing a digital design displayed in an AR headset to products coming off the line, they can identity issues early and take immediate action.

Moreover, with a built-in camera and microphone, plus high-speed wireless Internet access, they can transmit pictures from an AR headset or initiate a video call with remote experts to show them what they’re seeing. The latter scenario remains especially important under pandemic conditions, as manufacturers try to safely space out workers or minimize the number of employees on the shop floor.

Finally, using AR headsets, manufacturers can effectively record real-world training material for others to learn from, reducing the time it takes to on-board new hires and maximizing productivity. But this kind of institutional knowledge — recorded in actual manufacturing facilities where it’s most pertinent — needs to be clear, stable, and high quality. An AR headset isn’t enough; an AR headset with built-in stabilization is key.

Why Good, Steady Video is Crucial

AR headsets for manufacturing can’t be the kind of consumer-grade AR glasses people use to play games. Today’s industrial-grade AR devices are rugged and can be worn with safety helmets. They integrate 5G wireless communications to ensure fast transmission of visual data, and even include high-tech attachments, like temperature sensors for ensuring worker health.

They also include advanced technology so that video generated in manufacturing facilities is as sharp and steady as possible.

Imagine a manufacturing worker wearing industrial-grade AR glasses. They’re looking at information through a transparent display and tap the glasses to record video or start an online conference with someone off-site. Needless to say, that worker is not a camera tripod. They move, shake, cough — all of which make the video impossible to view accurately.

But with integrated stabilization technology built into the glasses, what they’re seeing is automatically steadied. What’s more, the imagery is enhanced to be sharper and clearer; any blur that occurs when the camera moves are reduced.

Video stabilization and optimization in AR glasses are important for a couple reasons. First, manufacturing workers can’t enjoy the benefits of remote collaboration if the video generated from the floor isn’t stable. Experts off-site can’t help on-site workers if they can’t see clearly what’s going on. Second, manufacturers can’t maintain accurate visual records of their processes or capture usable training content if the video quality is poor. Stabilization is a must. 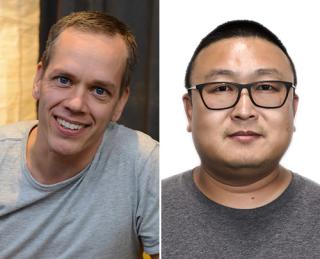 The pandemic hastened adoption of video collaboration among knowledge workers to enhance productivity. With AR headsets and integrated video stabilization, manufacturers can extend similar benefits to more of their employees, for whom toting a computer and webcam isn’t practical. The ability to clearly look at something as it’s manufactured; or pull up information on a wearable display; or place a steady, hands-free, video call without leaving the shop floor can help manufacturers keep their employees safe and enjoy the benefits of digitalization in real life.