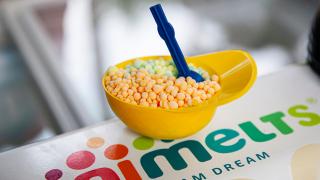 J&J Snack Foods will acquire Dippin’ Dots for $222 million in a bid to increase its scale.

Dan Fachner, CEO and president of J&J Snack Foods, noted that the ice cream company aligns with its own portfolio of frozen novelty and frozen beverage businesses, which includes such brands as Icee, Slush Puppie, and Luigi’s Real Italian Ice.

“With this acquisition, we can further leverage our combined strength in entertainment and amusement locations, theaters, convenience, and supermarkets to realize added scale, operational and go-to-market synergies and create new selling opportunities among an expanded customer base,” he added.

Headquartered in Paducah, KY, Dippin’ Dots sells through retail, theme parks, stadium and more, as well as through a franchise network with more than 140 franchisees. The sale will include its main production facility, warehousing, distribution, and administrative offices. The company also leases four additional frozen warehouses in California, Canada, Australia, and China.

J&J, which operates around 20 manufacturing facilities of its own and generates more than $1 billion in annual revenue, will also lend its marketing and product innovation capabilities to expand Dippin’ Dots distribution into new markets, as well as implement operating efficiencies.

The deal is expected to close by the end of June. 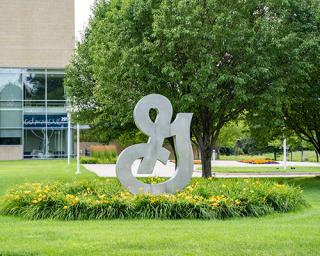 General Mills is beefing up its away-from-home portfolio with the acquisition of TNT Crust, a manufacturer of frozen pizza crusts for retailers, foodservice distributors, and restaurants.

TNT Crust is currently a portfolio company of Peak Rock Capital, and its products are expected to be complementary to General Mills’ existing frozen baked goods portfolio. Its net sales were around $100 million in 2021.

Shawn O’Grady, group president of North America foodservice at General Mills, said the deal will help the company further scale in a category that’s currently trending with consumers and expected to grow rapidly.

As part of the acquisition, General Mills will also acquire two manufacturing facilities in Green Bay, WI, and one in St. Charles, MO.

The deal is expected to close in the first quarter of fiscal 2023. Financial terms weren’t disclosed. 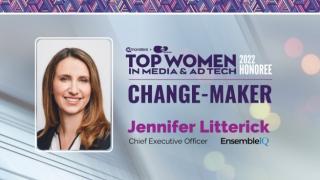 Jennifer Litterick, CEO of CGT’s parent company, EnsembleIQ, was recently recognized as a Change-Maker in the information services industry by the Top Women in Media & Ad Tech Awards.

Produced by AdExchanger and Admonster, the annual awards celebrate leaders who have made an impact in the digital media and advertising technology industry.

“It is a privilege to be recognized by AdExchanger and AdMonsters as a leader in the information services industry. EnsembleIQ’s success can be attributed to the hard work and dedication of the entire EnsembleIQ team and I am pleased to share this accomplishment with them,” said Litterick.

Litterick will also participate as a panelist on the c-suite panel “Current State of the Industry” at the MediaGrowth Summit 2022 on June 15. Other panel participants include Paras Maniar, CEO; Bobit and John Yedinak, president and co-founder, Aging Media Network; and Craig Fuller, CEO of FreightWaves, who will moderate the session.

“I am passionate about the advancement of the information services industry and I look forward to sharing my insights at the Summit,” said Litterick.

Litterick was appointed CEO of EnsembleIQ to define and execute a new company vision. She  specializes in turning challenged businesses into high-performing assets by quickly assessing changing  market opportunities, talent needs, and core strategy to ensure revenue and growth objectives are  reached.

Litterick rebuilt the EnsembleIQ executive leadership team with a focus on innovation, and she  created a performance-based culture rooted in nurturing and recruiting high-performing employees — driving company growth.

EnsembleIQ was recently named a “Best Place to Work in Chicago” by workplace culture evaluation firm Comparably based on a survey of company employees, who also gave  Litterick high ratings for her exceptional leadership. 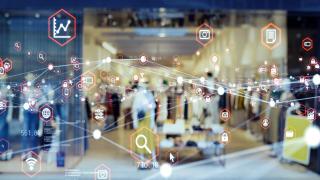 Davis has 25 years of enterprise and technical sales experience and is a veteran executive of BlueMartini, Escalate Retail, Demandtec, IBM, and Outlier.

"I'm excited to join SoundCommerce at a pivotal moment in the company's upward trajectory, as  SoundCommerce leads the retail industry to profitable growth," said Davis, adding that optimizing profit drivers across every order and shopper relationship is essential for consumer brands.

"SoundCommerce looks for every opportunity to build and extend our core values, culture and technology as we grow," said Eric Best, SoundCommerce CEO. "Steve Davis and the Outlier team are a perfect fit, helping us build a world class organization as we expand our retail data capacity and domain expertise. 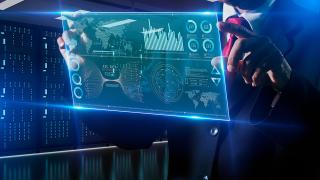 SAS is teaming with Cosmo Tech, a provider of simulation and digital twin supply chain technology, to build a hybrid AI-powered digital twin solution that connects demand planning and forecasting with production and inventory planning.

It also seeks to help companies better anticipate risks, as well as as manage costs, margins, and supply chain disruptions.

[See also: Increase in Digital Twins May Give Rise to Marketplaces]

The solution, which involves the SAS Cloud for Intelligent Planning Suite running on SAS Viya and the Cosmo Tech 360 Simulation Platform, is designed to increase organizational flexibility by analyzing the data flowing off IoT devices like RFID tags, production lines, and vehicle telematics. The companies will focus initially on supply chains for manufacturing, consumer goods, and retail, with benefits potentially applying to other industries.

Dan Mitchell, SAS global director of retail and CPG, noted in a statement that the supply chain’s fragility has been revealed during recent crises.

“Looking back on the last couple of years, we can see all the things we thought were inefficient before — multiple distribution centers, carriers and routes — were actually investments in resiliency,” he added. “Consumer goods manufacturers typically rely on just a few analysts and planners to create a multitude of forecasts. Using intelligent automation with machine learning like digital twins allows companies to automate complex tasks so analysts are freed up for more critical work.” 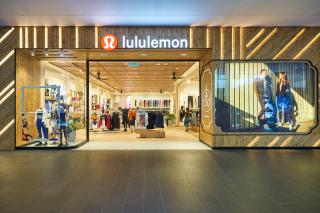 Lululemon Athletica Inc., is looking to bolster its marketing mix measurement, leveraging a more holistic approach to better understand which strategies are most effective and reaching consumers no matter where they are. To do so, the company has tapped Nielsen as its preferred marketing mix modeling provider in the U.S. and Canada.

The technology will allow Lululemon to analyze the performance of its marketing investments in order to optimize strategies and adjust budgets accordingly. The company will be able to measure the impact of several online segments, including search, display, video and social, as well as offline and external efforts like in-store promotions and macro market trends and the competitive landscape.

Along with helping Lululemon find the optimal channel mix to balance its short-term sales goals and long-term brand growth, the company can lean on this technology to get a deeper understanding of which marketing decisions are driving ROI in sales, customer acquisition, and site traffic.

Dave Suwanski, vice president of the marketing mix product at Nielsen, stated that advertisers today must have confidence in their data and measurement in order to improve the effectiveness and ROI of their marketing spend.

"We are pleased to work with Nielsen, in tandem with our teams, as we quantify the effectiveness of our marketing initiatives," said Justin Richmond, chief digital analytics officer at Lululemon. "Nielsen's experience in brand marketing outcomes and measurement will aid us in ensuring we are adding value to new and existing guests with resonant messaging."