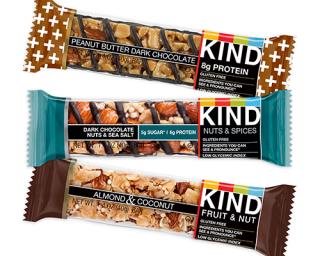 Under the deal, Kind North America will join Kind International and form a single organization that operates as a distinct and separate business within Mars. That business will leverage Mars' global scale to operate across 35 countries, building on the partnership established in 2017 that’s already enabled Kind to enter new categories and bring products to new regions.

Terms weren’t disclosed, but The New York Times, which first reported the story, said those with knowledge of the deal valued Kind at about $5 billion.

Daniel Lubetzky, Kind founder and executive chairman, will play a key role in the future development and expansion of Kind, according to a statement, and will retain an ongoing financial stake in the snack company.

“When we began this partnership, I said it was one built on mutual admiration and a shared vision for growth,” said Mars CEO Grant Reid. “After three years, you can see the impact, as together we have grown the healthy snacking category and brought Kind and the Kind Promise to 35 countries and into new categories. We’re delighted to continue to build on this success and welcome Kind North America into the Mars family of companies.”

Kind prides itself on developing snacks with natural ingredients, while operating on a mission that promotes kindness and empathy, and Lubetzy praised the complementary relationship the two companies hold.

“We are now well positioned to further advance our efforts and continue building a foremost health and wellness platform,” he noted. “As we said in 2017, Mars is a company that shares Kind’s passion for business as a force for good, and I am confident that together, we will be able to make our small contribution to make this world a little kinder.”