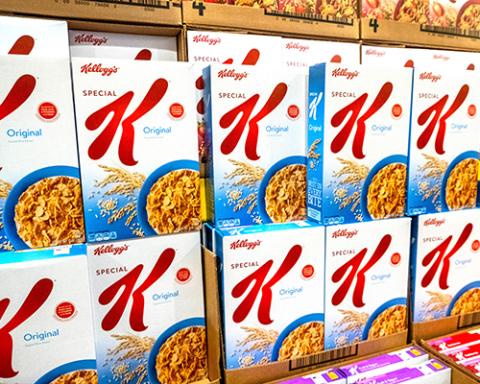 Kellogg’s expects the plan to be “substantially completed” by early 2024.

Kellogg Company is reorganizing its North American supply chain network in a bid to improve productivity.

The reorg will shift production of various products to optimal lines across the network, according to an SEC filing. No production facilities are expected to close.

Kellogg’s, the No. 48 publicly owned consumer company, will spend around $45 million on the plan, which it pegged at being “substantially completed” by early 2024. The company is also implementing related productivity improvements starting in 2023 that are expected to help offset cost inflation, as well as reinvest in its brands.

Within the $45 million, Kellogg expects capex to total around $21 million and employee-related costs to total around $4 million. The remaining $20 million will be non-cash costs consisting primarily of accelerated depreciation and asset write-offs.