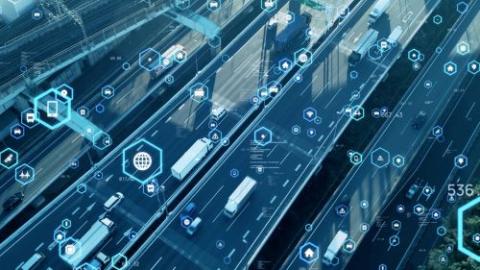 When tens of thousands of people in China were forced into quarantine in December following an outbreak of the COVID-19 virus, a chain reaction of unfortunate events demonstrated just how fragile supply chains can be. Notably, the quarantine orders included three of China’s major manufacturing hubs — Ningbo, Shaoxing, and Hangzhou — which collectively accounted for more than 50% of the province's economic output in 2020.

As part of the quarantine orders, all Chinese seafarers returning from overseas were required to isolate for seven weeks, making it rather difficult for ships to change crews. Moreover, despite some factories and ports remaining open on paper, trucks were also unable to freely enter port zones. The extenuating circumstances added more cargo backlogs to an already jammed global supply chain landscape and further stressed China’s tight labor situation.

The omicron variant continued to evolve and scientists warned of future variants. It’s very possible that further quarantines around the world could again disrupt global shipping in the not too distant future. Even if the official quarantine orders are brief, complicated challenges could linger and unleash great impact as shown by the aforementioned events in China.

Businesses with global supply chains should note how the following trends will shape their supply chain decision-making in the near- and far-term.

The global shipping deadlocks we’ve seen around the globe have triggered record shortages, even in product categories consumers are accustomed to having readily available. In particular, household goods, electronics, automobiles, construction, agriculture, and the food industry are among the hardest hit. It’s still too soon to say for sure which industries will remain squeezed in the bottleneck, but it’s safe to say disruptions will persist for the foreseeable future.

Apart from the supply and demand shockwaves sparked by the pandemic, global labor shortages have reduced factory workers, warehouse workers, and transportation. Notably, a record 4.4 million people in the U.S. quit their jobs earlier in September, the most since the Department of Labor started tracking in 2000. Even if production were to reach full capacity, it would still be difficult to transport goods.

Apart from labor challenges, inflation is also plaguing supply chains, with production costs soaring and being passed onto consumers. The Chinese producer price index inflation (PPI) surged 13.5% annually in October, while U.S. PPI grew at 8.6% annually to reach an all-time record high. Soaring inflation has become a worldwide phenomenon, even if it’s occurring with varying intensities and different trigger points.

Before 2021, few would have predicted an energy crisis to reshape global trade flows. But recent energy events have presented grave implications for supply chains. In China, for example, energy supply deficits are forcing intermittent stops on industrial production. As the world’s largest manufacturing market, this is disrupting supply chains on a global level. Additional factors are also coming into play, such as low wind speeds in Europe afflicting wind farms, droughts in Brazil stopping hydroelectric production, and floods in Asia hampering coal transit.

Quality and Ethics Are in Peril

Even in a difficult business environment, corners cannot be cut in quality control and ethical compliance. Any missteps put brand reputation and operations at risk. However, with suppliers facing shortages and delays, businesses have been forced to scope out new suppliers, often in unfamiliar geographies. Historical data from QIMA suggests that such diversification endangers quality control and ethical compliance.

For example, recent data from QIMA indicates an increase in the share of “red” (critically non-compliant) factories, suggesting factories previously assessed as “in need of improvement” saw ethical compliance slip further in 2021. This starkly underscores the need for regular follow-up after initial factory assessment, ensuring necessary improvements are implemented and maintained.

To maintain a competitive advantage in today’s challenging business environment, leading businesses are digitizing their supply chain networks so they can raise sourcing capabilities with minimum risk while enhancing supplier relations management (SRM).

Businesses that effectively retool supplier relations and digitize their operational footprint will not only better traverse today’s supply chain crisis, but they will also be better positioned to thrive far beyond the pandemic and tackle whatever disruption unfolds next.