PepsiCo’s Frito-Lay division has launched “Cheetos Vision,” an artificial intelligence-powered camera app that turns everything the viewer sees into Cheetos-inspired creations. The app was launched last week at the South by Southwest (SXSW) Conference & Festivals in Austin, TX.

Available through the AppStore, Cheetos Vision allows users to share the Cheetos images and videos they create directly on social media. Consumers can even use Cheetos vision to transform their profile photos.

“Cheetos is always on the cutting edge of playful fun, so it’s only natural we would leverage AI to help fans see the world through a Cheetos lens,” said Rachel Ferdinando, vice president of marketing at Plano, TX-based Frito-Lay America.

Over the years, Cheetos’ eye catching promotions — many involving social media —have helped make the crunchy, cheesy nibbles the leading cheese snack brand in the U.S., said Statista.com. In 2017, Cheetos generated $1.04 billion in sales, far ahead of its nearest competitor.

Other recent promotions included a January partnership with the U.S. Olympic curling team to promote a limited-edition Cheetos Winter Cheddar Curls SKU and raise awareness about the sport. #DoTheCurl's goal was to popularize a dance called "The Curl," which is inspired by touchdown celebration dances and backed by a beat and lyrics closely resembling the 2011 Cali Swag District hit single, "Teach Me How to Dougie."  The video, which included brand mascot Chester Cheetah, was shared on social media. It encouraged consumers to share their own videos of the curl dance or other curling moves.

During the summer of 2017, the Cheetos Museum was born. The award-winning social media initiative encouraged consumers to photograph and post individual Cheetos pieces that they felt resembled particular people or things. Submissions resembled everything from boots and birds to Shakespeare and Abraham Lincoln. Winning pieces were featured in an actual exhibit.

The summer also saw the opening of the Cheetos pop-up restaurant in New York City. Dubbed “The Spotted Cheetah” and open for three days, the menu featured plenty of cheese-laden entrees and desserts.

SXSW celebrates the convergence of the interactive, film and music industries. 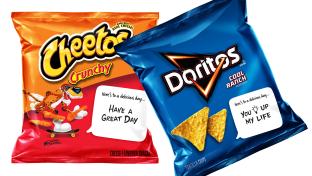 Sales & Marketing
Frito-Lay Gets Alexa Talking for Back to School 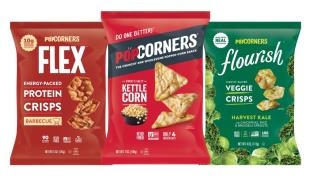