By CGT Staff - 08/02/2016
Get great content like this right in your inbox.
Subscribe
Anheuser-Busch InBev (AB InBev) expects to complete its takeover of SABMiller on October 10, the Belgian-based brewery announced Monday. The deal, worth GBP79 billion ($104.3 billion), will merge the world’s two largest breweries to control almost 1/3 of the global beer supply. The news comes days after SABMiller’s board reportedly halted work on the transaction over concerns that the offer had been devalued too much by the post-Brexit drop in the value of the British pound.

AB InBev on Friday cleared a major hurdle towards its takeover of SABMiller with regulatory approval from China. China’s ministry of commerce said it had approved the acquisition on condition that InBev fulfilled its commitment to sell SABMiller’s stake in Chinese beer joint venture CR Snow.

The mega-deal would combine AB InBev's Budweiser, Stella Artois and Corona with SABMiller's Castle Lager and Miller Genuine Draft. AB InBev first made an approach to SABMiller Plc's Board of Directors regarding a combination of the two companies in September of 2015.

Supermarkets
Southeastern Grocers Gets Ready for the 'Big Game' 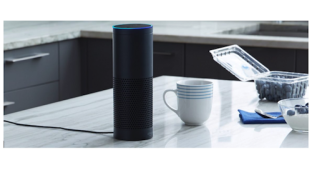