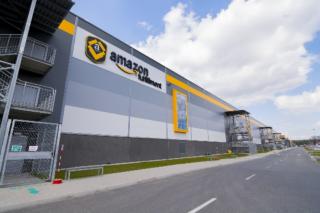 Amazon is testing out a new class of AI-powered, self-navigating robots in their fulfillment centers. Unlike their earlier counterparts, these next-generation robots will be able to roam freely, helping associates with tasks such as transporting oversized and bulky items around harder-to-navigate parts of the facility floors.

The e-commerce leader uses around 500,000 robots in its fulfillment centers, but their current robots are restricted in their movements, sticking to a grid of markers enabled by cloud-based algorithms.

What sets the new robots apart, Amazon says, are their capacity to not only move without restriction, but their “semantic  understanding” – that is, the ability to make sense of the three-dimensional structure of their environment and distinguish the behaviors of objects within it. Using LIDAR (light detection and ranging) and computer vision technology, the robots collect data, map out their surroundings, and can learn to avoid both fixed and moving obstacles. Through this, the robots can make sense of ever-changing, crowded settings such as fulfillment centers.

“The navigation system does what we call semantically aware planning and navigation,” said Siddhartha Srinivasa, director of Amazon Robotics AI. “The intuition is very simple: The way a robot moves around a trash can is probably going to be different from the way it navigates around a person or a precious asset. The only way the robot can know that is if it’s able to identify, ‘Oh that’s the trash can or that’s the person.’ And that’s what our AI is able to do.”

For now, Amazon has rolled out these newer robots in select FCs and assigned them a limited number of tasks. The goal is to integrate the robots safely and seamlessly into the everyday operations of Amazon fulfillment center associates, the company said.

Change is often afoot at Amazon, but seems to be ramping up in anticipation of peak holiday spending. In recent news, the company just added another way to pay: Venmo. Starting from Black Friday, Amazon customers in the U.S.  will be able to use the digital payment service at checkout. Users can choose this option through Amazon’s website or mobile app.

“We want to offer customers payment options that are convenient, easy to use, and secure—and there’s no better time for that than the busy holiday season. Whether it’s paying with cash, buying now and paying later, or now paying via Venmo, our goal is to meet the needs and preferences of every Amazon customer,” said Max Bardon, vice president of Amazon Worldwide Payments.

In mid-October, the e-retailer also hosted a second members-only “Prime Day” sales event designed to kick-off the season. This was the first time the company added an additional Prime Day to the calendar. However, early data revealed more budget-conscious consumer behavior overall, with shoppers prioritizing essentials and smaller ticket items.

This was followed by news of Amazon Access, a new hub where customers can find programs, discounts, and additional Amazon shopping features. The new resource center also provides information on Prime’s discounted membership program for qualifying government assistance recipients, including paying with SNAP EBT on Amazon.

This story was originally published on RIS News, a CGT sister site