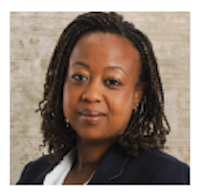 Corliss Collier
Senior Director, Category Development & Insights
Collier leads an analytics team that decides how to best engage shoppers, consumers and retailers through innovative research, insights and data analysis. The work allows her “to take my passion for deciphering the ‘why’ and the ‘what next’ and turn it into actionable insights.” 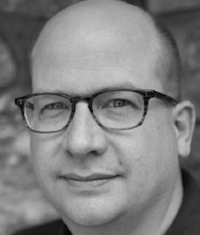 Ivan Arrington
Director of Innovation and Insights
Arrington has been helping Butterball improve its insights capabilities for eight years, including the last 2.5 in his current role. His overall career in data & analytics dates back to 1996 and encompasses 10 years at consumer goods research giant IRI.

During his tenure at the consumer goods company, Arrington invented the “Butterball Blueprint” (a holistic Thanksgiving marketing and merchandising program for grocery retailers) and helped shepherd its latest brand, Farm-to-Family, to the shelf.

“At Butterball, we have a small but very dedicated and very smart team of insight experts,” says Arrington, who regularly shares his expertise with the industry by speaking at events. “Competing against the biggest CPG companies in the U.S. is a challenge we welcome, but balancing routine reporting while building an advanced analytics practice that can keep pace with their eﬀorts keeps me up at night.”

“I believe that the process of storing and cleaning data will get incrementally better as technology improves,” says Arrington, when asked what the practice of data management and analysis will look like in ﬁve years. “But I think a revolution in analysis will be driven by a new generation of DIY data analytics tools that level the playing ﬁeld between big companies and small.”

“Almost as importantly,” he continues, “I think that in ﬁve years, senior leaders across all industries will require decisions to be more data-driven and force changes throughout their organizations to modernize the way they plan and go to market.” 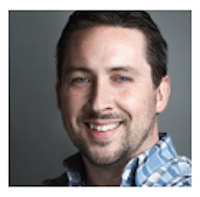 Steve Brennan
Vice President, Data Strategy and Analytics
Having joined Carhartt in late 2016, Brennan is responsible for aiding the company’s various business functions in their decision-making processes, as well as for improving the customer experience by driving an enterprise data management strategy. “Surfacing the vast amount of information we have at our disposal to be fully leveraged by Carhartt is the key to success in this data-driven world,” says Brennan. 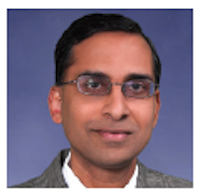 Rahul Tyagi
Worldwide Director, Analytics Solutions
Tyagi is tasked with developing and executing the advanced analytics strategy for all functions within the company, evaluating the eﬃcacy of newer technologies (like machine learning and big data) for various organizational analytic needs, and experimenting with breakthrough  technologies. 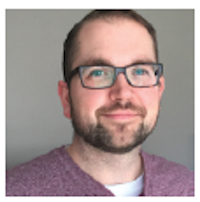 Chad Krause
Director of Advanced Analytics
Krause is leading the team’s transformation of marketing and innovation measurement. He helps guide the organization through new types of real-time measurement solutions for media planning, as well as new processes and analytics around sizing innovation opportunities. 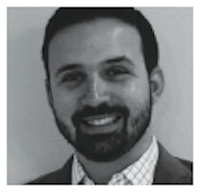 Brandon Barr
Director of Retail Marketing and Insights
Barr leads a team that seeks to understand the shopper journey and in-store experience by leveraging key research insights to develop marketing and merchandising programs for more than 300 grocery retailers. 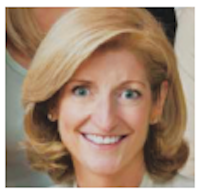 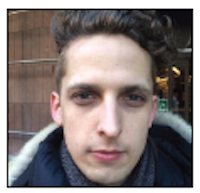 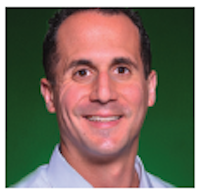 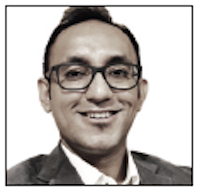 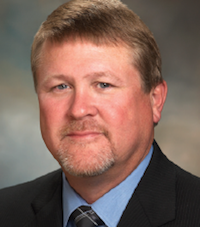 Rick Davis
Vice President and Global Lead, Oﬃce of Data Acquisition and Governance Kellogg Co.
A 27-year Kellogg veteran, Davis has been helping the company build and manage its data and analytics capabilities for a number of years. About 10 years ago, he created a data integrity team to focus on higher quality customer and product data to support the commercial sales group. In 2016, he accepted his current role to help Kellogg establish a centralized, global data oﬃce.

“Without question, the exponential growth in data, and the rapid advancements in technology such as machine learning and artiﬁcial intelligence, are the most signiﬁcant challenges we’re currently facing,” says Davis. “It makes things very diﬃcult for mature organizations, because the models for investment and adapting are outdated and do not work.”

His work at Kellogg has given Davis opportunities to leverage his expertise beyond the corporate environment. “I am very proud of the work that we’ve done with our local math and science center to oﬀer internships to high school students in analytics and data science and enlighten students to the opportunities in analytics,” he explains.

“I was also very honored recently to be invited to the White House to attend and take part in the very ﬁrst ‘Roundtable on Open Data for Economic Growth,’” he says. Davis was one of only a few industry leaders who were handpicked to participate in the event, which examined ways in which government-supplied open data can be leveraged to support the business community.

In the future, “I think data management will be diﬀerent because we’ll need to accept it as a fundamental capability and quit talking about whether or not it needs to be done,” says Davis. “It has to be done — everything else we do is built on it.”

“The pace of change and the breakthroughs that will occur over the next ﬁve years will be unfathomable. Many companies have already waited too long and will not be able to catch up,” he predicts. “There will be a lot of new, fresh faces, and I think that’s a good thing. We’re too constrained with current bias in most corporate circles.” 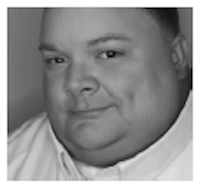 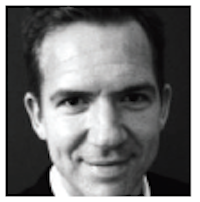 Alister Greenwood
Head of Global E-Commerce Insights
Greenwood leads the strategic development ofe-commerce shopper research to drive understanding of shopper behavior, enabling Mondelez brands to win at the “point of buying” on the digital shelf. He is passionate about translating data into motivating calls to action. 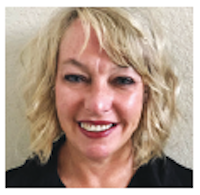 Amy Mayo
Customer Supply Chain and Development Manager
Mayo collaboratively works with customers to drive supply chain eﬃciencies with data analytics that spark sales. She was part of the team that won CGT’s 2015 Dick Clark Supply Chain Award and was selected as Vendor of the Year by both 7-Eleven and Walmart. 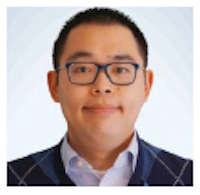 Anthony Park
Director, Market Intelligence
As head of analytics, Park is on a mission to develop a world-class analytics ecosystem for the company. His current focus areas include data harmonization & governance, self-service analytics democratization, and advanced analytic experimentation. 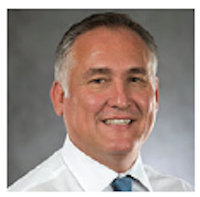 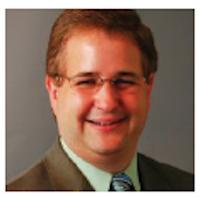 David Dittmann
Director, Business Intelligence & Analytics
One of CGT’s 2017 “Visionaries,” Dittmann is responsible for business intelligence and the analytics organization across all of P&G’s global business units. In his 19 years at the CPG, he has focused on leveraging analytics into marketing, supply chain and the customer business development organizations. 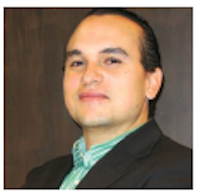 Edgar Núñez Pulgar
Senior IT Manager, Latin America Analytics & Insights Working with P&G’s Latin America leadership team to drive foresight and fast reaction to the latest market and consumer trends, Núñez Pulgar enables his 20 analysts to regain productivity from 40% to 80%, in their regular and ad-hoc analyses, through the adoption of data virtualization technologies. 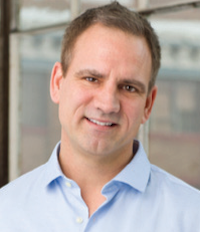 Eric Colson
Chief Algorithms Oﬃcer
Since Colson assumed the “CAO” role in 2012 (roughly one year after the company launched), Stitch Fix has become “the quintessential data science-driven business,” according to his oﬃcial corporate bio.

Oh, yeah, algorithms are also the very foundation of the business model, and the main reason Stitch Fix has become a force in the apparel industry — with more than $700 million in annual sales — in only six years.

Here’s how things work at this new age e-tailer/manufacturer (which sells outside brands but also sources its own products): Shoppers provide their sizes, needs, style tastes and price preferences on stitchﬁx.com, and pay a $20 fee that ultimately is credited toward a purchase. Proprietary algorithms and some of the 3,400 “expert human stylists” the company employs then go to work to create ﬁve unique apparel items that are shipped free of charge. The recipients buy what they want and send back the rest (also free of charge).

Colson’s career as market disruptor predates Stitch Fix. He previously was vice president of data science and engineering at user insights-driven entertainment provider Netflix, and before that he led a team of developers for analytics and data warehousing at Yahoo. He began his career in 1994 as a marketing statistician at that most traditional of traditional retailers, the historic but now defunct F.W. Woolworth.

He also serves as an advisor to several new ventures, including Data Elite (which provides early stage funding to other data startups) and Earnest Inc. (which uses data science to award merit-based, low-interest loans to entrepreneurs and students). 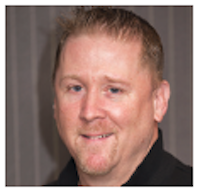 Shawn Fox
Manager, Category & Consumer Insights
Fox helps manage Talking Rain’s relationship with IRI, reporting on/analyzing the company’s sales performance and providing insights into how the business is performing from a retail sales perspective. He “truly enjoys digging into the data and solving the puzzle.” 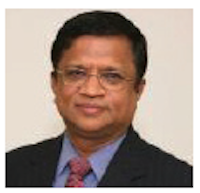 Stan Sthanunathan
Executive Vice President, Consumer & Market Insights
Among “10 commandments” that Sthanunathan posed to an industry conference in 2016 were “Get visual or get impaired,” “Innovate, don’t renovate,” “Real time is the new currency” and “Never underestimate the power of N=1.”