02/16/2012
Get great content like this right in your inbox.
Subscribe
Kraft Foods announces that Marc S. Firestone, Executive Vice President, Corporate and Legal Affairs, and General Counsel, will leave the company in April to rejoin Philip Morris International in Lausanne, Switzerland. Firestone previously worked at PMI before coming to Kraft Foods in 2003. Gerhard "Gerd" W. Pleuhs, will succeed Firestone as Executive Vice President, Legal Affairs and General Counsel. Pleuhs currently serves as Senior Vice President and Deputy General Counsel for Kraft Foods.
"We sincerely thank Marc for his many contributions," says Chairman and CEO Irene Rosenfeld. "He provided critical leadership during some of our key transformational initiatives, including when we became a fully independent company from Altria, our acquisitions of LU and Cadbury, divestitures of numerous businesses, and significant litigation to protect and enhance our business. His wise counsel will be missed, but we respect his desire to return to a company and city that he knows well."
Pleuhs joined the legal team at Jacobs Kaffee Deutschland in 1985, and has assumed various legal positions of increasing responsibility throughout his career. In 1993, he was named Chief Counsel for Kraft Jacobs Suchard Germany, responsible for the legal and regulatory affairs for Kraft's business in Germany. In 2000, he became Vice President and Chief Counsel for Kraft's Central and Eastern Europe, Middle East and Africa region, based in Vienna. Three years later, he moved to the United States to become Senior Vice President and General Counsel, Kraft Foods International. He assumed his current role in 2007.
Pleuhs will continue to lead the legal function for the global snacks company when it launches later this year. Firestone had been slated to lead the legal function for the North American grocery company upon separation. With his departure, the company will initiate an internal and external search for candidates to fill that role. 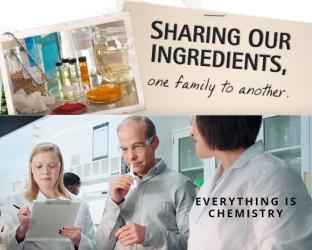