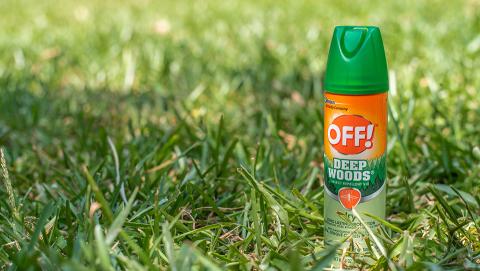 The forecast is designed to be as easy to read as a weather map.

SC Johnson is using predictive analytics to better understand the emergence of mosquito populations in the U.S., and it’s making this information easily accessible to consumers.

The privately owned CPG, which includes such brands as Off and Raid in its portfolio, has teamed with Google Cloud develop a publicly available, predictive model of mosquito populations known as the OFF!Cast Mosquito Forecast. Initially available in the United States (minus Hawaii and Alaska), the company intends to expand it to such markets as Brazil and Mexico in the near future, with the ultimate goal of helping consumers better protect themselves from the insects.

Leveraging Google Cloud’s geospatial and data analytics technologies, the forecast is said to apply data-informed mosquito biology to predict mosquito behavior and populations in specific locations. Consumers can access a seven-day mosquito forecast for their ZIP code on a desktop or mobile device, as well as sign up to receive an emailed weekly forecast.

SC Johnson specifically modeled the user interface after popular weather apps to serve as a familiar frame of reference for consumers. It’s a design detail the company has previous experience with: It teamed with AccuWeather last year to create a “Pest Index” that used location, weather, and insect behavior data to predict insect activity.

Several data sources combine to provide a view of mosquito activity: Google Earth Engine extracts billions of individual weather data points, which an algorithm in turn translates into relevant mosquito information. The information is placed in the model and distilled into a color-coded, seven-day forecast of mosquito populations, with the model then applied to the lifecycle of a mosquito.

The algorithm was co-developed by the SC Johnson Center for Insect Science and Family Health and Climate Engine, a company that seeks to help organizations reduce their climate risk exposure and deliver on their sustainability mandates through data insights. Climate Engine is a Google Cloud partner that works with both the tech company and its customers to accelerate and scale the use of Google Earth Engine, as well as Google Cloud Storage, BigQuery, and other tools, according to a blog post from Giusy Buonfantino, VP of consumer packaged goods at Google Cloud.

The OFF!Cast Mosquito Forecast also integrates insect data from VectorBase, a Bioinformatics Resource Center funded by the U.S. National Institute of Allergy and Infectious Diseases (NIAID). The model combines such info as a mosquito’s lifecycle, climate data inputs, and mosquito population counts from more than 5,000 locations provided by VectorBase.

The accuracy was validated against mosquito population data collected over six years from more than 33 million mosquitoes across 141 different species at more than 5,000 unique trapping locations, noted Buonfantino.

Maude Meier, SC Johnson entomologist, said that providing consumers with a tool to help predict their exposure to mosquitos and prevent bites is “putting the power in consumers’ hands.”

“It’s an exciting time to be working in the field of insect science as we find new opportunities to combine science and technology, like Google Earth Engine, to be a force for good in our mission to prevent the spread of insect-borne diseases,” she added.

Learn More about the power of analytics at Analytics Unite 2022!
Advertisement