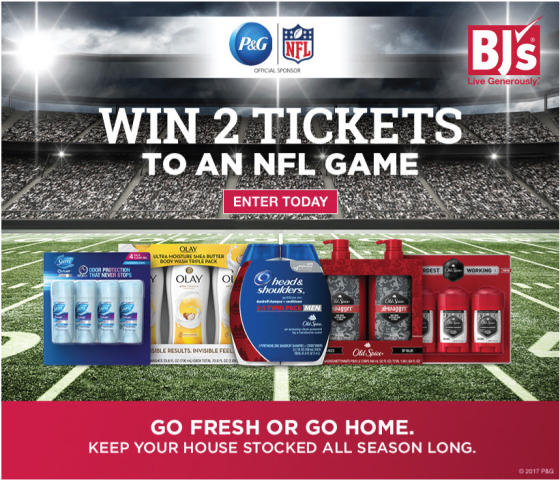 In addition, the retailer held a meet-and-greet event at its Northborough, MA, club on Oct. 30 with New England Patriots wide receiver Brandin Cooks. P&G touted its NFL sponsorship on the retailer's event page on Facebook.

BJ’s typically reserves its football marketing efforts for the tail end of the season leading up the NFL Super Bowl.