A New Jersey-based technology company is hoping retailers and shoppers alike will clamor for its new robotic shopping cart in 2017. 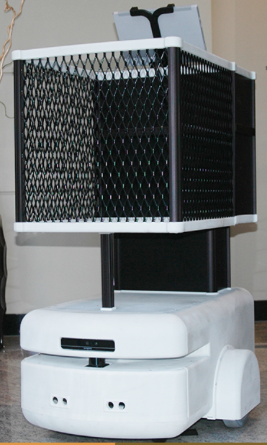 The device, which isn't much smaller than a standard-size cart, lets shoppers transfer lists from their smartphones or create one using a store search feature. Once a list is entered, the robot uses a virtual reality-enhanced interface to map out the most efficient route to the items and lead the shopper through the trip.

The robot is also equipped with a product scanner and payment system that let's customers pay as they shop. It even follows the shopper into the parking lot to unload the purchases, and then returns itself to an in-store docking station.

Walmart also has been testing robots for inventory management. CGT affiliate Path to Purchase Institute encountered one such test at a store in Roger, AR, last summer. (See image, below right.)