Through its internet-based software platform, San Francisco-based Grand Junction connects retailers and other product distributors to hundreds of local delivery service providers to determine the fastest, most efficient method of shipment. The company claims to cover 96% of North America’s population through a network of more than 700 carriers and 10,000 drivers.

Once the imminent deal closes, Grand Junction employees will become part of Target's technology team. The company's software will become proprietary to Target after existing contractual obligations are met, a Target spokesperson told Path to Purchase Institute. Grand Junction has been working with Office Depot, CVS/pharmacy and Amazon, among other clients.

"With this acquisition, Target will have immediate access to Grand Junction’s technology and carrier network, which will accelerate the work we’re doing to improve our speed of delivery," said Arthur Valdez, Target’s chief supply chain and logistics officer, in a post on the retailer's A Bullseye View blog. "It will also boost our ability to offer new services — like same-day delivery, and even assembly and installation —to our [shoppers]."

Target has already been working with Grand Junction on a same-day delivery pilot at the retailer's store in New York's Tribeca neighborhood. The test will roll out to a few more New York-area stores in the fall and other major cities next year, though there are still some kinks to smooth out before it expands. "Our same-day test from our Tribeca store is still in its early days," a Target spokesperson told the Institute. "We’re pleased with how it’s going — especially how Grand Junction’s technology is working. But, we’re still learning and iterating."

Target has dabbled with same-day delivery in the past, testing one-hour grocery delivery via Instacart in the Minneapolis area in 2015. The program has since expanded to San Francisco and Chicago. 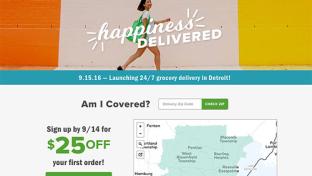 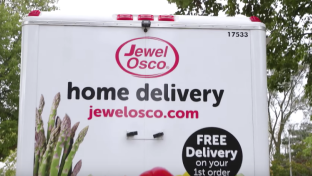 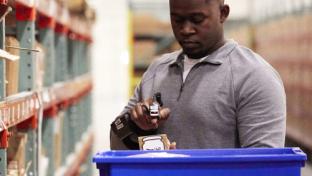