Reflecting on the Retail and Consumer Goods Analytics Summit

Reflecting on the Retail and Consumer Goods Analytics Summit 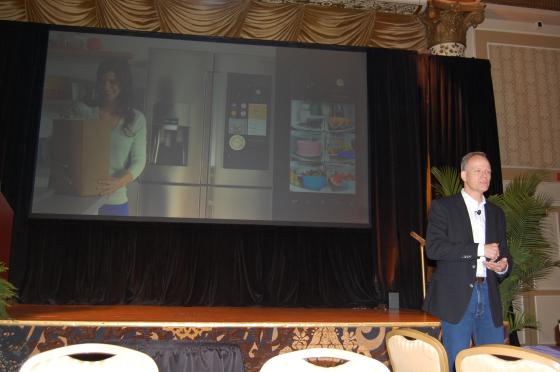 One fact became quite obvious early in the agenda of last week's Retail and Consumer Goods Analytics Summit: While analytics tools used to be a subset of the technologies needed to operate a successful, efficient consumer goods business, they're now a critical component of every necessary technology.

"Data is the new currency," said Joher Akolawala, senior vice president and global chief information officer at Mondelez International. Critical to success for a brand is the ability to understand the DNA of its consumers, and the ability to leverage analytics as a business solution rather than a traditional IT project, he explained. Predictive analytics is the future and will continue growing.

"Every company now is a data company," said Carlos Amesquita, who recently concluded a nearly four-year stint as CIO at Hershey Co., during a panel discussion at the 5th annual event. In making his case, Amesquita quoted former Hershey chief executive officer J.P. Bilbrey, who was known to describe the company as "a knowledge company [that] just happens to make chocolate," Amesquita said.

In an impressively comprehensive overview of emerging technology, John Phillips, PepsiCo's senior vice president of customer supply chain & go-to-market, got beyond the surface buzz of smart appliances, voice assistants, drones and robots to examine the ways in which these devices are enabling "sticky" new consumer behavior, providing a wealth of data that can be used to understand that behavior, and (in most cases) also offering consumer goods companies and retailers opportunities to improve their internal business activities.

Eduardo Siman, Intradeco Apparel's director of IT, echoed that idea in his presentation, where he demonstrated the potential for using virtual and augmented reality tools to enhance the e-commerce shopping experience while also collecting vital data on shoppers.

Another fact that became crystal clear over the event's three days was that, as the consumer goods industry (not to mention the rest of society) debates the impact of artificial intelligence on the traditional "human" workforce, people will continue to drive success for some time to come.

"The companies doing [analytics] right have it in their culture, and it starts at the top," said Jennifer Sepull, former CIO of Kimberly-Clark and Honda Motors, while speaking on a panel at the 5th annual RCAS event, held in Chicago. The event is produced by CGT and sister publication RIS.

One constant refrain among speakers was the need to focus less on technology itself in order to devote more time on how it can be used to improve the business. In fact, an important aspect of any project implementation is to quickly "take the issue of 'technology' off the table so you can focus on the real value: solving the business problem," said Carlos Navarro, solution sales director at Lingaro.

A similar sentiment was offered by Robert Darin, chief analytics officer at CVS Health, who noted that the drugstore chain sometimes still needs to "stop debating the data" so it can "start acting on the insights."

CVS may once have believed that consumer analytics was an activity "best left to our partners," according to Darin, on hand to discuss retailer-supplier collaboration with event co-chair David Dittmann, director of business intelligence and analytics services at Procter & Gamble. But the drugstore giant now understands that "analytics is how we're going to do business," a competency that must be pervasive throughout the organization — especially since CVS's ambitious mission is to reinvent the retail pharmacy experience.

Another important takeaway for companies as they build out their analytics capabilities and adopt new technologies (like AI and blockchain) is, "Don't fear failure," according to Cheryl Williams, chief information officer of supermarket co-operative Wakefern Food Corp. The East Coast grocer, which has long been an innovator (it began offering some "click and collect" ordering options more than 10 years ago), expects analytics to help it build the store of the future.

AI was, of course, a recurring topic during the conference. While only about 25% of consumer goods executives attending the opening-day Data & Analytics Share Group hosted by r4 Technologies are actively involved in AI-driven projects, they all agreed that the potential for AI to improve nearly every aspect of the business is basically limitless.

The promise of advanced, AI-driven analytics may have been illustrated best by this one data point, presented by Pawan Murthy, head of marketing for Prevedere: A spike in the number of Google searches for "morning sickness" is a leading indicator of increased sales for hand and body lotion seven months later.  Would your typical human analyst, with whatever daily job responsibilities she might have, ever be able to consider that possibility? (Probably not.)

On another point about AI, Rajeev Kapur, chief data officer at Kimberly-Clark, noted that one of the great aspects of machine learning is the way it builds on its own success, continuously getting smarter through ongoing analysis.

Elsewhere, as Mars Inc. works on building out new analytics tools, it often works with small startups rather than established platform operators, according to Sandeep Dadlani, the company's chief digital officer. In addition to the unique technology they provide, startups also can bring value through their entrepreneurial work habits, he said.

Echoing the startup theme, Jonathan Fine, vice president of business development for RevTech Ventures, took a deep dive into how traditional CGs can better understand and serve their consumers by thinking like a startup. By instilling this mindset, the company will focus on solving problems rather than finding them.

But amidst all the talk about advanced analytics and cutting-edge technologies, Excel Brands CEO Robert D'Loren cut right to the chase by succinctly explaining what retailers still must do to remain relevant: win through their supply chain by engaging with consumers, giving them the price and the products that they want, and maintaining a consistent experience across channels.

Similarly, FrieslandCampina CIO Erwin Logt noted that even the most advanced analytics capabilities are basically meaningless if you don't gain the trust and support of the entire organization: senior management, the old-guard analytics team, and the end users.

"Employees are overwhelmed and anxious. They're trying to get through the next week and they're being asked for a three-year plan," said Dadlani, who explained that AI should be used to solve business problems so that humans can "free ourselves to find the next problem." The goal at Mars is to "make everyone a data scientist … so that no one is intimidated by this AI thing," he said.

RIS provides a social media overview of the conference here and a pictorial look at the event here. 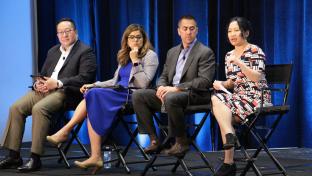 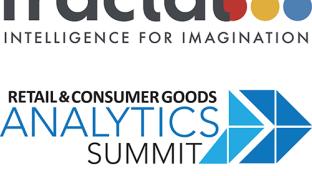 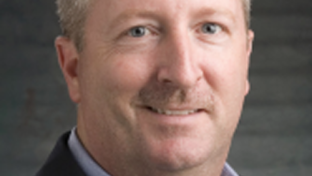 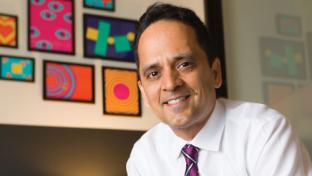 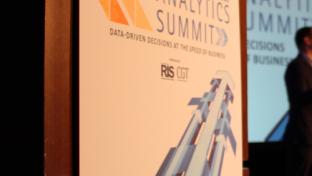