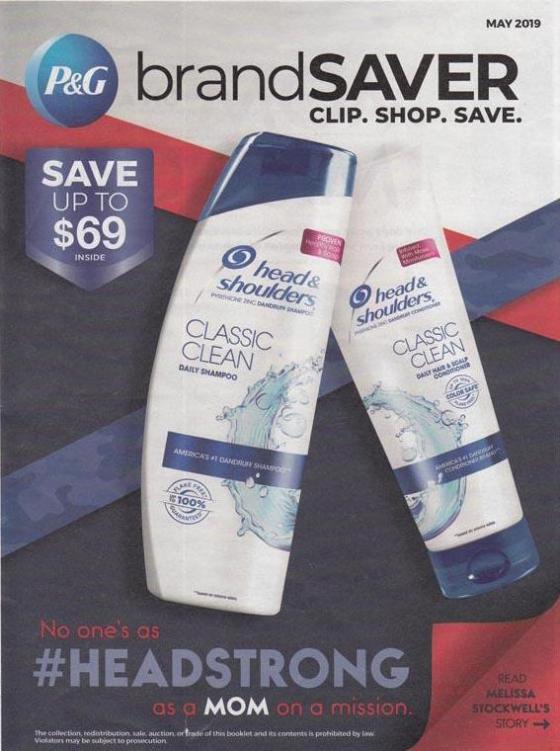 Procter & Gamble tied in to the May 12 observance of Mother's Day by spotlighting two-time Paralympian, U.S. Army veteran and mom Melissa Stockwell in this month's edition of brandSaver.

Distributed on April 28 via Valassis, the stand-alone insert's front page depicted shampoo and conditioner from Head & Shoulders above a "no one's as #headstrong as a mom on a mission" message. The cover also boasted of up to $69 in coupons (depending on the market) contained within and encouraged uses to flip the page to read Stockwell's story.

An interior spread continued the "mom on a mission" theme with a short bio on Stockwell, who competed in the 2008 Beijing Paralympics after losing a limb in active combat four years prior. Head & Shoulders noted in the spread it was celebrating Stockwell — now a mom — "in support of the headstrong men and women among all us." A "#headstrong mom" theme continued through the rest of the FSI event.