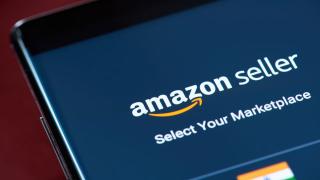 Amazon’s sellers could soon have a more controlled way to convert funds. The company will be piloting a new tool called Amazon Seller Wallet, providing brands with an easier way to hold, view, and transfer Amazon store proceeds directly to their bank account.

Amazon Seller Wallet gives selling partners more control over how much and when to convert their funds.

Still in its early stages, the solution looks to simplify the global Amazon selling experience with a Seller Central platform for small businesses that sell on Amazon. There’s currently no cost or minimum amount, or maintenance fee, associated with the platform. Though volume-based currency conversion and international transfer fees will still apply.

Amazon Seller Wallet is currently available to a select number of small businesses that sell on Amazon.com. The company plans to expand the offering to other sellers once it collects feedback and refines the tool over time. In the future, the tool may also have additional capabilities like third-party payments and foreign exchange rate tools.

Selling partner Maxwell Sigurdson-Scott, founder of MESS in Canada, has used Amazon Seller Wallet for the past few weeks. “Amazon Seller Wallet has allowed me to easily manage my payouts all within Seller Central. The tool is simple to use and has saved me time and money,” he said. 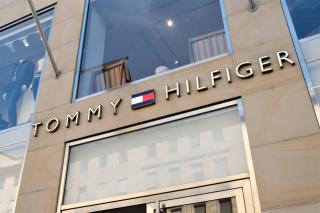 David Savman will depart H&M Group to take on the role of executive VP and chief supply chain officer at PVH Corp.

Reporting to CEO Stefan Larsson, Savman will oversee the global supply chain and sourcing strategy for PVH’s global brands, including Tommy Hilfiger and Calvin Klein. He’s set to join the company in late 2022 from H&M Group, where’s he’s spent nearly two decades — most recently as head of global supply chain — and led all sourcing, procurement and warehouse operations across more than 80 countries.

He also previously managed key functions including supply chain, production and purchasing, and worked in several international markets across Asia and Europe.

Savman succeeds Sarah Clarke, who is leaving the company Oct. 31 to pursue other interests, said PVH in a statement.

Larsson called him “a world-class supply chain executive” in a statement, noting his deep experience and expertise in the sector —"gained through many years of leadership in critical areas where we see opportunity.

“With his proven ability to simplify complexity, strong ability to create value through a demand and data driven value chain, deep experience in international markets and commitment to sustainability, he will play an important role driving our PVH+ plan forward,” Larsson added.

PVH Corp. is the No. 79 publicly owned consumer goods company. 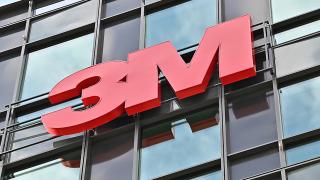 The new 3M business will serve the industrial and consumer end markets through global material science innovation, while the health care company will be a global diversified healthcare technology company focused on wound care, healthcare IT, oral care, and biopharma filtration.

The company, which will have separate boards and management teams, expects the split to enhance agility and focus, and will enable to tailor capital allocation strategies and make company-specific investment decisions.

"Today's actions advance our ability to create value for customers and shareholders," said Mike Roman, 3M chairman and CEO, in a statement. "Disciplined portfolio management is a hallmark of our growth strategy. Our management team and board continually evaluate the strategic options that will best drive long term sustainable growth and value. The decision to spin off our Health Care business will result in two well-capitalized, world-class companies, well positioned to pursue their respective priorities."

3M’s consumer business has it sitting as No. 16 on the 2021 CGT Top 100 Consumer Goods Ranking. This new business recorded $26.8 billion in sales in 2021, and will continue to leverage its innovation to capitalize on customer opportunities aligned with such key global megatrends as electronics, safety, mobility, digitization, home improvement, and sustainability, according to the company.

It will also continue to prioritize strategic opportunities that include investments in growth, productivity, and sustainability while maintaining a proactive approach to portfolio management, it noted.

The transaction is expected to complete by the end of 2023. 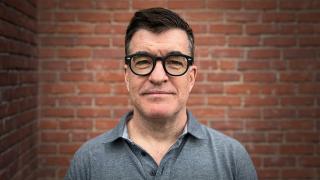 His previous experience also includes serving as CMO at SessionM, which was acquired by Mastercard in 2019; running marketing and strategy for digital audio technology company Triton Digital; and multiple leadership positions with the Carat, Publicis, and Hill Holliday agencies.

BlueConic said Reynolds’ appointment marks a pivotal point in its acceleration from start-up to scale-up following an investment from Vista Equity Partners.

HelloFresh is investing in its workforce analytics capabilities through the use of low code.

The meal kit food delivery company has tapped solution provider Domo to increase the visibility of — and access to — the business intelligence and analytics within its growing HR operations. HelloFresh has more than 10,000 employees within its U.S. distribution centers alone, and the company sought a solution that would quickly address operational challenges and provide holistic insights of talent and staffing across the business.

The company required the ability to combine a range of data sets for recruiting, workforce management, time, and attendance. It conducted a three-week proof-of-concept with Domo, whose low-code data app platform is designed to enable the easy creation of data apps for business functions. During the PoC, the platform successfully integrated the data integration, according to Domo, and enhanced the HR analytics team’s ability to deliver workforce insights to the business.

Yushu Byra, director of people insights at HelloFresh, praised the platform’s content builder and end user UI, and said it enabled their team to get key data points quickly into the hands of decision makers so they could make actionable and positive change.

HelloFresh will expand the original POC to manage a range of initiatives, including recruitment, employee engagement, and workforce management. 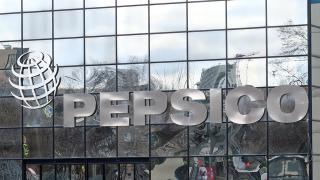 PepsiCo marked the 40th anniversary of its Supplier Diversity Program with a commitment to expand its base and increase overall spend through new forums, mentorship, partnerships, and resources.

As part of the Supplier Diversity Program, PepsiCo currently spends more than $1 billion annually with certified, diverse suppliers, including women, Black, Hispanic, Asian, LGBTQ+, Native American, individuals with disabilities, and U.S. veterans. The program has grown from an initial spend of $5 million in 1982 to nearly $30 billion spent over the past 40 years across PepsiCo's entire value chain.

The expansion will include increased support around the supplier certification process to help businesses grow and sustain their economic impact for the future.

"As one of the leading convenient food and beverage companies in the U.S., we have a responsibility to leverage our size and reach to help address the systemic barriers that too often limit or exclude diverse suppliers from developing and expanding their businesses," said Melani Wilson Smith, PepsiCo's global chief procurement officer, in a statement.

"We've been on this journey for decades and we are committed to growing with our diverse suppliers and procuring new ones,” she added. “Working with diverse-owned businesses is one of the more important ways we can help build a more inclusive supply chain which, in turn, strengthens the communities where we operate and yields greater value for our consumers and customers."

PepsiCo, which is the No. 3 publicly owned consumer goods company, has also hired Pink Patch Group, a Black-woman-owned certification consultancy, to help with the diverse supplier certification process and remove barriers to economic advancement.

"We know that minority certification will allow diverse businesses to work with many Fortune 500 companies beyond PepsiCo," said Christina Tyson, director of supplier diversity at PepsiCo. "Hiring a third-party consultancy to assist small diverse-owned businesses with the certification process is one of several steps we're taking to drive racial equality and create systemic change in the communities we serve."