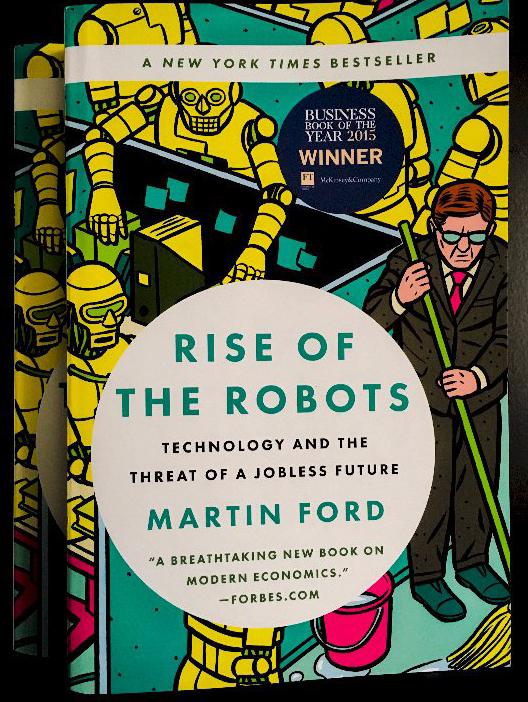 During a presentation and discussion at the "ai.now Workshop" hosted by Fractal Analytics in July, futurist and author Martin Ford explained how new industries are becoming increasingly less labor-intensive.

Ford’s book, Rise of the Robots: Technology and the Threat of a Jobless Future, examines the impact that accelerating change and artificial intelligence will have on the labor market. His prediction is that there will be great social and economic disruption, as educated workers will no longer be able to find employment; unlike in previous technological revolutions, very few new jobs will be created in the course of the ongoing disruption.

According to Ford’s thesis, while technological advances in the previous century mainly displaced uneducated laborers, the 21st century is seeing technology increasingly threatening the jobs of skilled workers as well. Lawyers, radiologists and software designers have seen their work outsourced to the developing world. Ford believes the current emerging technologies will fail to generate new forms of employment; he predicts that new industries will “rarely, if ever, be highly labor-intensive.”

For instance, companies such as YouTube and Instagram are based on “tiny workforces and huge valuations and revenues,” Ford said, downplaying the benefits of expanding education. (“The problem is that the skills ladder is not really a ladder at all; it is a pyramid, and there is only so much room at the top.”) He argues for a “dramatic policy response,” such as a guaranteed basic income. Many economists disagree with Ford's thesis that the IT revolution is fundamentally different from previous technological revolutions.

As another example, Ford compared General Motors in 1979 to Google in 2012. GM had 840,000 workers with $11 billion in earnings; Google had 38,000 workers with $14 billion in earnings. Technology has allowed Google to become an experiential disruptor with only 5% of the workforce that GM had to employ. Over time, the entire economy can look more like Google and less like GM — creating jobs for elite, specific roles.

While new jobs do exist, they aren’t the majority of the workforce, which is made up of opportunities that were available years ago. The new jobs being created must be accessible to the majority. For years, productivity and compensation had been in lock-step, but in 1970 the two separated as productivity continued to increase but compensation flattened out. Technology is automating jobs, de-skilling them, and aiding the workforce, causing the job market to lose elasticity.

From the industrial viewpoint, technology is the 3D machine vision that delivers dexterity, as well as the opportunity to move one box per second without tiring or becoming injured. As technology becomes more affordable, more companies will be able to automate jobs. This automation could begin taking jobs from college graduates and skilled workers, where education and training are no longer relevant.

Automating jobs will also have a direct impact on consumer demand. In an “ideal” society, machines would do all the work; however, machines do not consume. The ability to consume output creates a global impact. Only people and governments are able to provide demand for the economy, and businesses must be able to sell output.

What to do
For the near term, business must enhance the safety net — for technology, for companies, for college grads, for current employees. By doing this, it will ensure that demand is created for the economy and basic income continues allowing individuals to consume the output.

For the long term, jobs and income must be decoupled. A guaranteed basic income should be provided with incentives, especially in education. For careers, individuals should avoid doing things that are predictable and repetitive (anything that can be done in less than a minute can be automated). Additionally, employers must enhance specialized fields for human interaction, which machines cannot replicate.

The truth is, there will come a time where a choice has to be made: Achieve a utopian world where people have more time, or establish a policy intervention to address the disruption and ensure every individual has a sustainable income.

For future graduates, Ford offered a word of advice: Focus on something you’re passionate about that depends on creativity and a human element. 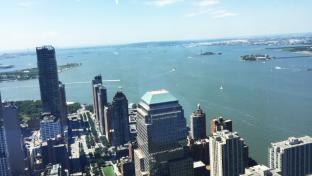 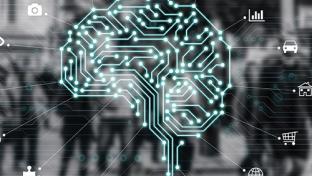 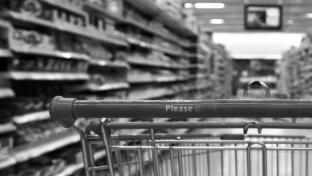 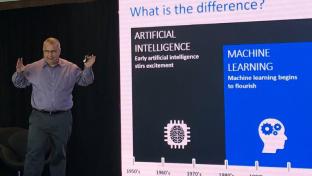