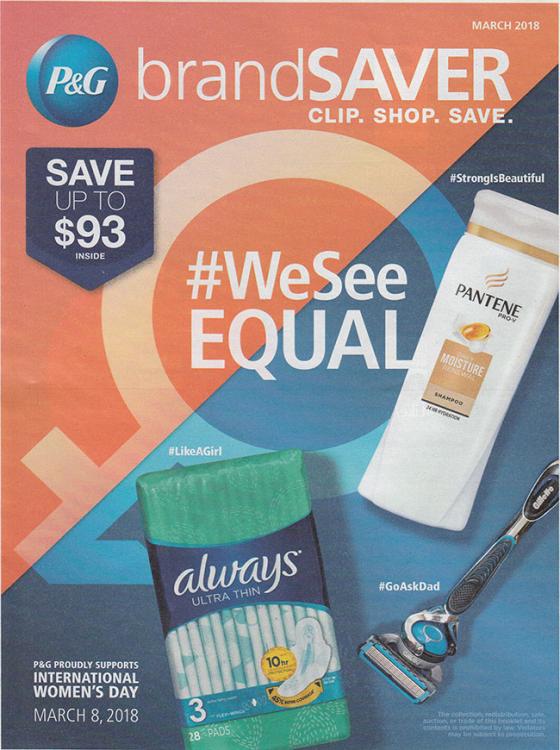 Procter & Gamble used its March 2018 edition of brandSaver to tout its support of March 8 as "International Women's Day."

Distributed on March 4 via Valassis, the stand-alone insert's front page employed a series of hashtags (led by #WeSeeEqual) tied to the cause while also boasting of up to $93 in coupons (depending on the market) contained within. An interior feature plugged the manufacturer's efforts to promote gender equality through partnerships with Global Citizen, Seneca Women and UN Women. A second feature touted Always' education program as having helped 17 million girls.

In other significant activity: 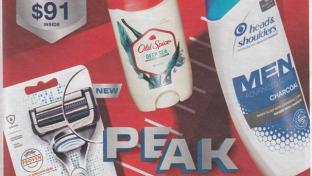