Sam’s Club is acquiring proprietary technology from WPP’s Triad Retail Media unit as well as a portion of its staff as the warehouse club moves its digital media operations in house.

The move comes less than a year after sister-chain Walmart opted to bring its digital ad operation in house, cutting ties with Triad, which had long handled walmart.com ad sales and related analytics work.

Before the split, Walmart was Triad’s biggest client. The two first joined forces in 2004, while Sam’s Club's relationship with Triad began in 2007. Over the years, Triad helped create digital and personalized content for the retailer, such as its Sam’s Club Kitchen live video program.

Although the terms of the deal remain undisclosed, the Triad team making the shift over to Sam’s Club’s in-house ad operations was key in developing the technology for the warehouse club, and includes employees in account management, creative, analytics and information technology, per Ad Age, which noted that the purchase may help Sam’s Club’s in-housing process go smoother than Walmart's process.

The technology platforms Sam’s Club is buying were owned by Triad and designed for the warehouse club. Triad chief executive officer Sherry Smith said in a Dec. 10 press release that the “team and technology stack developed to run the Sam’s Club digital retail media program have been very successful,” and the firm remains committed to supporting Sam’s Club and their advertising clients with a smooth transition over several months.

“This area of advertising is undergoing exponential growth and is incredibly competitive,” Sam’s Club’s chief member officer Tony Rogers said in the release. “So, when this opportunity came to us, it was an easy decision. The team’s expertise and tools, combined with the talent and rich insights we already have, rounds-out our in-house digital advertising capabilities and will help us grow this business even faster.”

Triad’s broader business will remain under WPP’s ownership, which acquired the firm in 2016 for $300 million under then-CEO Martin Sorrell, despite previous reports of a potential sale. (Target was at one point in talks to purchase Triad.) WPP’s current CEO, Mark Read, has since questioned Sorrell’s judgement on the acquisition.

The turmoil with Triad and its owner doesn’t stop there. Just last month, WPP filed a lawsuit against Triad’s former owners for misrepresenting its financial information and inflating the company’s value. However, Triad continues to work with other retailers including CVS Pharmacy, Staples, Office Depot and Wayfair, according to Ad Age.

NOTE: For more on Sam's Club, visit p2pi.org. Path to Purchase Institute members have access to more than 1,500 images and 200 articles of marketing and merchandising activity at Sam's Club, along with a full Retailer Profile outlining the chain’s operations and strategies. 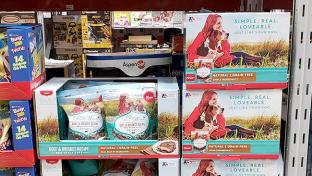 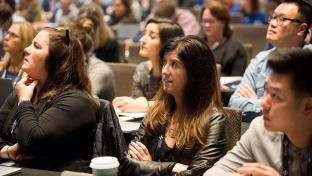