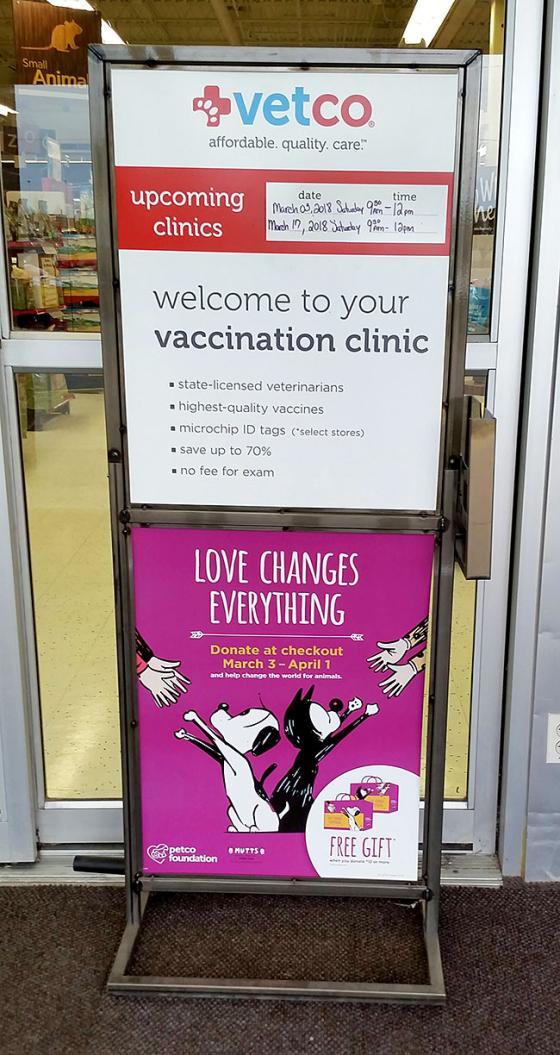 Petco expanded on its annual "Love Changes Everything" cause campaign this year by creating a mosaic mural composed of pictures of people with their adopted pets.

Consumers could share a picture to include in the mural through love.petcofoundation.org from March 2-25. One submitter each day was awarded a $100 Petco gift card, a signed print from the MUTTS comic strip, a Petco Foundation-branded apparel item and a coupon for a bag of private label WholeHearted pet food. Each winner also chose an animal welfare organization to receive a $500 grant from the Petco Foundation. Consumers selected an organization when they submitted their photos, and the nonprofit with the most entries at the end of the campaign received a $10,000 grant and 1,000 pounds of WholeHearted cat or dog food.

Consumers could view a digital version of the mural throughout the campaign and like or share individual images. The two entrants whose photo had the most likes as of March 25 received a $500 store gift card, a watercolor painting of their pet by MUTTS creator Patrick McDonnell and a Petco Foundation apparel item, with the winner receiving a year's supply of dry WholeHearted cat or dog food, and the runner-up getting a single bag.

Petco also tapped several influencers to submit pictures of their pets and ran eight additional sweepstakes throughout the campaign that could be entered by finding that image within the mosaic. Each version awarded a $100 Petco card, a Petco Foundation apparel item and a bag of WholeHearted.

The mural made from 30,000 pictures was unveiled on March 25 at New York's Union Square Park at an event featuring appearances by McDonnell and costumed characters from the strip. The retailer also repeated the campaign's annual tactics, hosting in-store adoption events March 3-4 and soliciting donations at checkout from March 3 to April 1. Shoppers who donated $10 received a tote bag designed by McDonnell.

E-commerce
Shipt Goes to the Dogs with Petco