Brown-Forman’s Gentleman Jack gets the spotlight in meat department

The “Perfect Pairs” campaign gave shoppers the opportunity to taste cocktail recipes such as an Old-Fashioned or a whiskey sour featuring Gentleman Jack whiskey in the meat department. Shoppers also received food recipes for beef tenderloin and maple-grilled chicken paired to each cocktail that also featured the whiskey brand as an ingredient.

The campaign evolved from a few different insights. One was the differentiation between Gentleman Jack consumers, who are 75% male, and the average grocery shopper, who skews female, says Erica Mayer, Brown-Forman customer marketing manager. “So we had to figure out, if we are speaking to the shopper, how are we going to talk to that female if she’s not necessarily the one drinking Gentleman Jack?” Mayer says.

When Brown-Forman’s insights team pulled and analyzed grocery shopping-basket data, it found that deli and meat often appeared in the top 20 items along with Gentleman Jack. The team also knew that 31% of grocery shoppers have household incomes of more than $100,000, and that Gentleman Jack was most typically consumed at small gatherings of five to 10 adults or as an everyday occasion (i.e., an after-work drink).

The insights led to the Perfect Pairs campaign targeting those everyday occasions to give shoppers with disposable income an opportunity to create an upscale at-home dinner experience. “This is the everyday occasion – let’s step up your dinner a little bit,” Mayer says. “Not only can you include it in your recipes, but also it makes for a great cocktail pairing with your meat or with your stepped-up dinner tonight instead of that glass of wine you might reach for.”

Conducting a liquor-sampling program in the meat department was a first for Blue Chip, says Erich Parker, the agency’s director of business leadership. “We’ve done sampling programs in the past, but it’s normally at the retailer’s discretion where that appears,” Parker says. “Being able to put this into the meat department is definitely a unique situation, at least from anything we’ve done [before].”

As part of the test-and-learn campaign, demo carts were set up next to the meat department, along with an easel recipe display highlighting the food recipes and drink pairings. Mini-recipe booklets were also handed out at the carts, while another individual floated throughout the store handing out coupons for either a $3 instant rebate or a $5 mail-in rebate. Additional displays with a case card featuring the visual of the meat or chicken were placed in each store’s liquor section.

Mayer declined to name the participating retailers, but says a total of 88 events were held over a three-day span in August at select grocery stores across the country. Each separate event distributed an average of 65 tasting samples and noted 70 unique customer interactions.

The success of the campaign was determined using metrics that included sales growth, ability to sell the program into multiple retailers and feedback from the field sales team on the program, Mayer says.

“Our field sales team is really our feet on the street and the execution arm of Brown-Forman,” Mayer says. “They help pick and choose what programs they like, and we’ve had great feedback from the field on this program specifically.”

The goal to attract the shopper out of aisle was achieved during the initial test run with a 25% lift in-store over the weekly baseline sales, making it the highest recorded takeaway for Gentleman Jack in 2018 at grocery, according to Blue Chip.

Pleased with the results of the initial test campaign, Brown-Forman planned to run an expanded version of the Perfect Pairs program throughout January in multiple grocery chains using the same cocktails and food recipes. The company might also run a third incarnation of the program later in 2019.

“It’s a very insights-driven campaign,” Parker says. “And when you have the right insights, the performance kind of shows for itself.”

KEY INSIGHTS: Gentleman Jack consumers are 75% male but the average grocery shopper skews female. Deli and meat often appeared in the top 20 items along with Gentleman Jack, according to shopping-basket data. Thirty-one percent of grocery shoppers have household incomes of more than $100,000. Gentleman Jack was most typically consumed at small gatherings or as an everyday occasion. 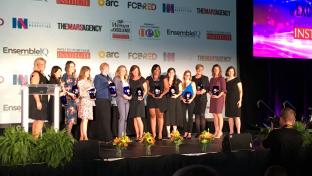 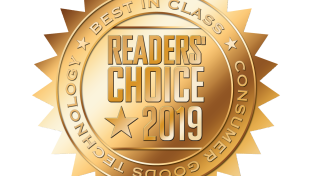