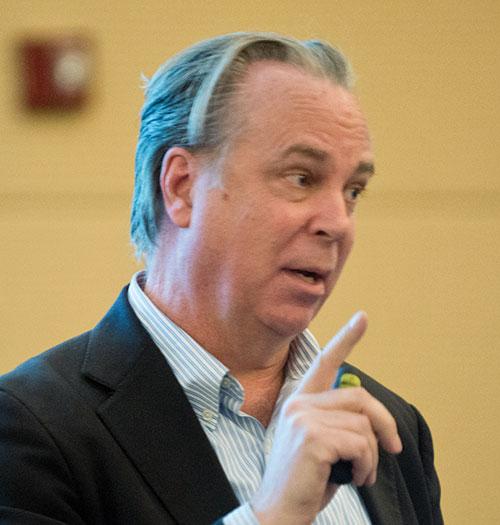 Schaumburg, Ill. — According to Mobile Marketing Association CEO Greg Stuart, until recently there was no accurate method for measuring the ROI of mobile or its subcomponents compared to any other media choice a marketer could make. “This device that you carry with you every single minute of the day – the single greatest tool we’ve ever had to get close to consumers – has gone completely unmeasured.”

In response, the Mobile Marketing Association created SMoX, a research methodology designed to isolate and measure the ROI of TV, radio, print, internet and mobile marketing, along with subsegments that include mobile video, display, audio, social and other segments. Stuart described it as a real-world, in-market campaign measurement that looks at the investment value of each dollar by placement and channel.

“What SMoX is doing is that we collect all that information either mid-campaign or at the end of the campaign and we go back through and we say, ‘What’s the most effective unit within that campaign?’” he said.

As of March, the Mobile Marketing Association had measured 11 in-market campaigns using the methodology for companies including AT&T, Mastercard, Unilever, Allstate, Walmart, Wendy’s and Coca-Cola. The results have shown that many companies are underinvesting in certain marketing channels while overinvesting in others.

The studies also showed an underinvestment in mobile, with SMoX patterns in optimized marketing mixes suggesting that mobile should represent 15% to 20% of the total media budget. According to Stuart, the studies showed that when mobile is optimized in the budget, it results in gains of nearly 20% in brand metrics and of 7% to 60% in sales.

But the research also showed, according to Stuart, that the biggest potential ROI could come from looking at granular results. An example would be examining the value of an ad on a mobile audio channel targeting women who have commuted regularly by a QSR over the last month. He noted that multi-touch attribution (MTA) is the only method to get this kind of granular data.

“Ninety percent of marketers use media mix modeling, and we don’t think that can do it anymore,” Stuart said. “And would you raise your hand if I asked if you use last-touch attribution or click as one of the elements of your campaigns? Because, by the way, you should be fired for that. Click-through is an absolutely worthless measurement. It has no relationship to sales.”

One issue that has prevented more widespread MTA adoption is that today’s MTA providers have a dismal -31% net promoter score among marketers. According to Stuart, part of the problem is that many companies have adopted MTA without having their data organized first. “Because if you don’t have your data organized, MTA is worthless,” Stuart said. “Or at least complicated. Or at least you’ll end up hating it.”

Stuart noted that MTA projects start as “big data” projects, but that marketers are not data architects. The data quality is not validated. Data completeness is needed, making the “walled gardens” of companies like Google and Facebook a problem. And marketer expectations are higher than what providers can deliver when data assets are not in shape.

To tackle these issues, Stuart noted that the Mobile Marketing Association has launched the Marketing Attribution Think Tank (MATT), with the mission to support marketers to select and apply MTA solutions with confidence.

“We know that the potential is there,” Stuart said. “But this is going to be a long, hard road. So make sure you manage your manager well. Tell your CFO that we’re getting something that will change the game, but it is going to be a bumpy ride to get there. And that’s our biggest advice for it: 2018 is not the year of mobile; it’s really the age of reshaping marketing.”

P2PI News
How Tyson Reinvented Itself Around Analytics, ROI