More than 4,000 Walmart locations participated in the retailer’s inaugural car seat trade-in event, a tie-in to the Juvenile Products Manufacturers Association’s observance of Baby Safety Month. Consumers trading in their used car seat received a $30 store gift card intended for the purchase of another car seat or other baby items.

Adding an element of sustainability to the effort was a partnership with TerraCycle, the recycling company that took on the task of diverting each component of traditionally non-recyclable car seats from the landfill. The retailer accepted car seats from Sept. 16-21, ending the event nine days earlier than planned after quickly reaching capacity.

“We wanted to use our size and scale to create an event that offered unprecedented access to trade in an outgrown car seat for a gift card,” vice president of Walmart baby Melody Richards said in a media release.

TerraCycle chief executive officer Tom Szaky had expected to divert the plastic equivalent of some 35 million water bottles from landfills; that number had reached more than 200 million by the time the event was closed. During that time, the retailer collected more than 1 million car seats – twice as many as Target has tallied since introducing its periodic car seat trade-in program in 2016. Instead of gift cards, Target offers coupons for 20% off select baby gear in exchange for the car seats.

Encouraging shoppers to cash in all the gift cards it doled out, Walmart outfitted pallets in Action Alley merchandising products such as Evenflo and Cosco car seats, Safety 1st walkers, Kimberly-Clark’s Huggies diapers and even an out-of-the-box crib (this one without a pallet) with “Best of Baby Month” headers and balloons.

The retailer’s Parents Choice private brand and the exclusive Hello Bello brand it rolled out earlier this year took center billing, commanding a majority of the secondary merchandising space in the baby department.

In the aisles, the retailer used the occasion to promote the Baby Registry it overhauled earlier this year by identifying “Registry must-have” items such as new wipes from Hello Bello and Edgewell Personal Care’s Playtex Diaper Genie with shelf talkers depicting a QR code linking to the retailer’s top 20 registry items. Endcap side panels also depicting the QR code presented the registry as “better than ever,” touting a complimentary welcome box of essential items from a variety of brands and other registration perks.

The offers were corralled in a themed shop that also invited consumers to locations hosting baby events on Sept. 28 or 29. Participants got health and safety tips, and were able to interact with baby gear and nursery items through activities such as a “diaper challenge” and “stroller testing.”

Bloggers plugged both the deals and trade-in event. A feature in the retailer’s September circular promoted the trade-in incentive while showcasing car seats from manufacturers including Evenflo and other baby items including Hello Bello diapers and VTech’s video baby monitor. 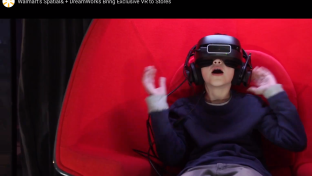