Walmart Gets on Board with Automated Sampling

Walmart Gets on Board with Automated Sampling 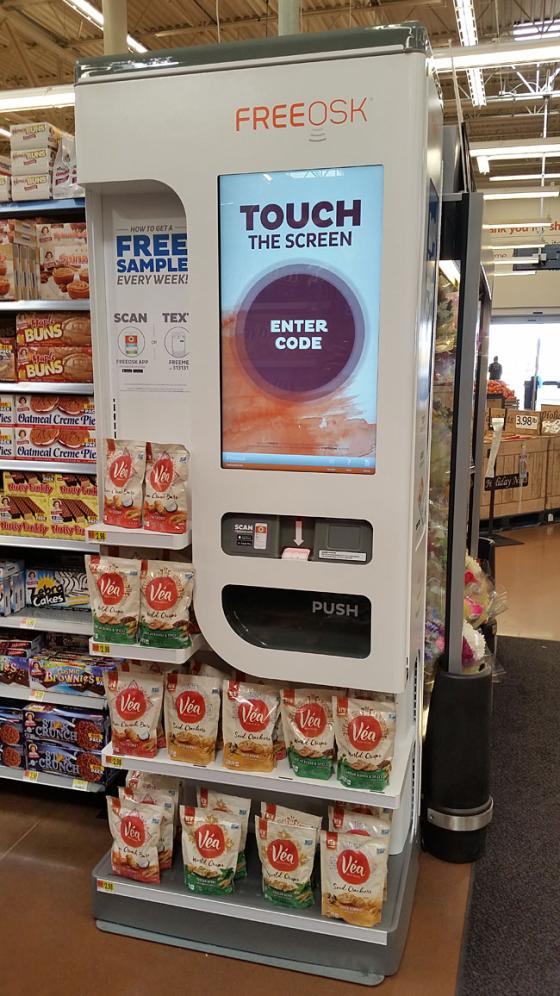 Freeosk sample-dispensing kiosks are popping up at Walmart stores across the U.S.

The mass merchant first began working with Chicago-based Freeosk Inc. a little more than two years ago in the retailer's home state of Arkansas, setting up one lone kiosk in a Springdale store. After 10 months with the sole Walmart location, Freeosk began rapidly expanding to other Walmart stores and now appears to have fairly saturated most major urban markets via the retailer.

The network of sleek, interactive kiosks automatically distributes product samples while gathering shopper data. The white-and-orange kiosks also are equipped with a digital screen that runs ads promoting sampled products, which are generally swapped out weekly. In addition to produce, the kiosks dispense packaged food, pet food, as well as OTC, personal care and household items.

The startup made its debut in 2013 at Walmart sister-chain Sam's Club. Unlike at the warehouse club chain, where loyalty cardholders scan their membership cards to receive a free sample, Walmart shoppers must use a dedicated Freeosk mobile application to scan the QR code provided at the kiosk or alternatively text-in to request a code they can enter via the kiosk keypad.

Freeosk also has been operating at select Giant Eagle stores (20 total) since July 2016, and last April expanded to Meijer (with 15 total locations).

Sam's Club Stocks Up with P&G 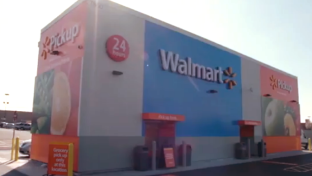