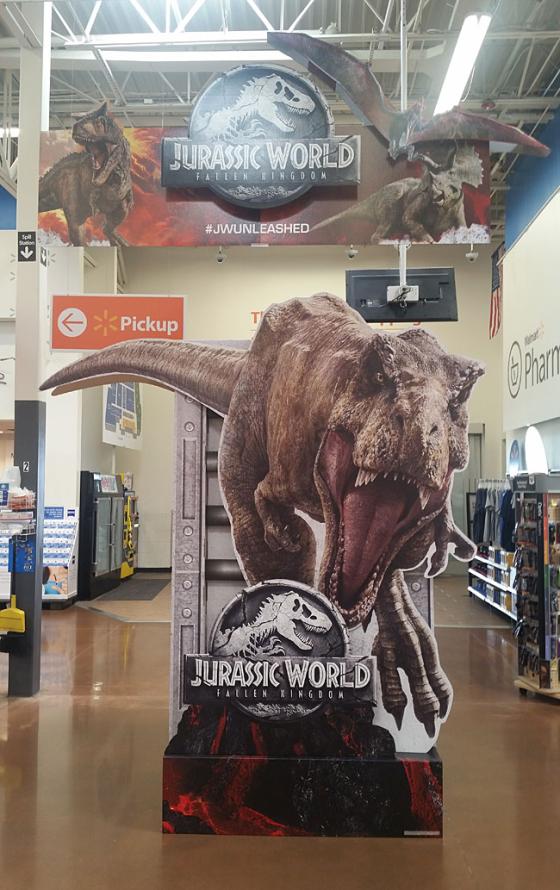 In stores, posters promoting the free game ask players to snap a picture or take a video of a dinosaur using the AR function in stores and share via social media with the effort's #JWUnleashed hashtag. Supporting standees and ceiling banners depicting dinosaurs and the hashtag are positioned upfront near store entrances.

The events take place at stores in Arkansas, California, Arizona, Florida, Tennessee and Texas from May 30 to July 8.

Meanwhile, Kellogg Co. is giving Walmart an account-specific overlay to its national campaign. The mass merchant is exclusively stocking four Kellogg's, Keebler and Cheez-It SKUs in custom packaging delivering a holographic viewer shoppers can use with their smartphones to discover dinosaurs from the film.

Themed Facebook updates from Walmart rounded out the promotional activity.

Case Studies
The Force Is Strong at Retail