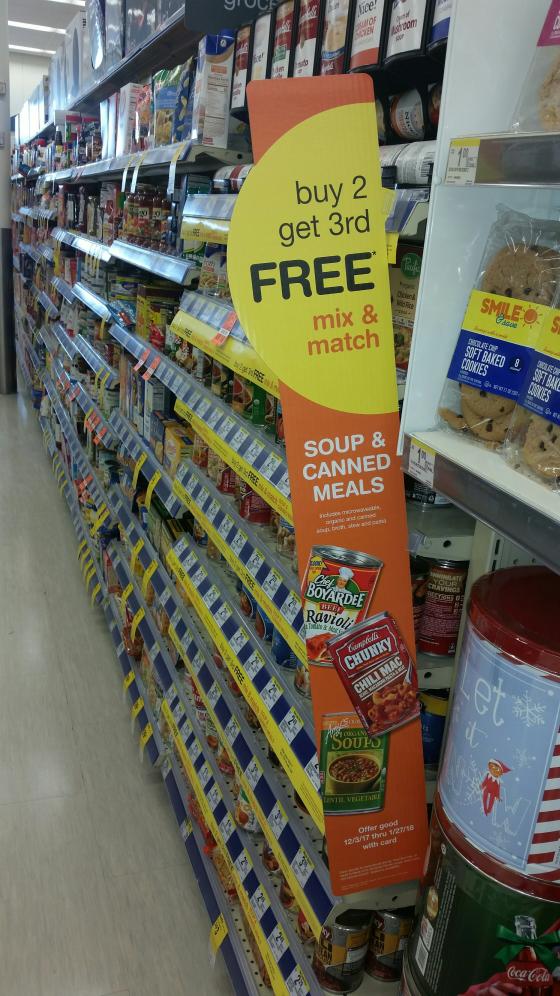 The promotion runs Dec. 3 through Jan. 27. Supporting materials, including circular and coupon-book features as well as in-store signage, further define the category as including microwavable, organic and canned soup as well as broth, stew and pasta.

National brands are included in the supporting materials. For example:

Walgreens has been using category-based "buy 2, get 3rd free" incentives for a couple of years, with the number of activations becoming more frequent in 2017. 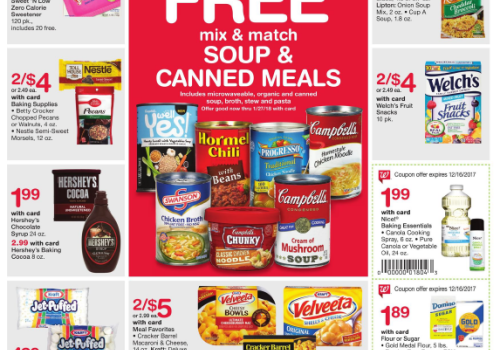 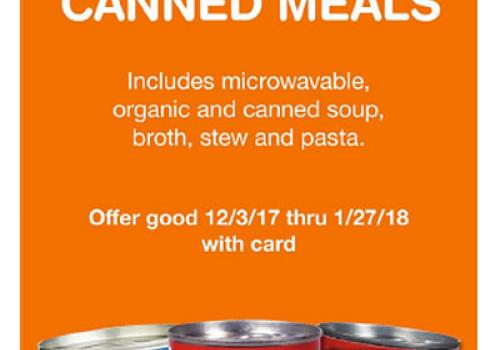