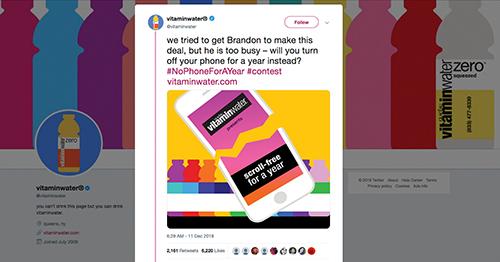 Coca-Cola Co.’s Vitaminwater wants to know if consumers can stay off their phones for an entire year. It will award one strong soul $100,000 to do so, a subversive idea for a social campaign – but an excellent one at that. Vitaminwater asked consumers to submit in writing what their life would be like without mobile assistance for a year. Consumers wrote to the brand on Instagram or Twitter and had until Jan. 8. Vitaminwater then selected the most original post and was going to challenge that person to live 2019 mobile-free. The chosen consumer will have to pass a lie detector test to win the cash. If the consumer caves after half a year, he or she still takes home $10,000. Vitaminwater had users make posts using #NoPhoneForAYear and received some fun responses early. The brand also had a lot of fun posting jokes and content around the idea of what to do when not glued to a phone year-round. 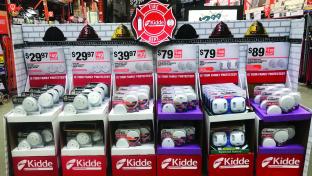 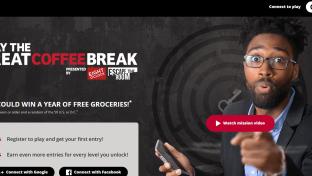