Oak Brook, Ill. — From information on sustainable sourcing to fair business practices, consumers will continue to expect and demand more transparency from companies, including information on how, when and where a product was made. For those brands and companies that can really lean in to transparency, this is a huge opportunity for growth.

“Consumers are seeking out people and … brands that are more transparent and seeking out services that allow for greater transparency,” Casey Carl, former chief strategy and innovation officer at Target, said during a fireside-chat-style presentation at the Path to Purchase Institute’s TransparencyIQ event in May. “[Consumers] want to buy in to stuff that they believe in and the only way you’re going to believe in this stuff is if you trust what’s actually there and you can understand it, and transparency is a huge enabler of that.”

Some companies and brands that have opened their kimono – exposing their respective warts and all – have been rewarded most notably with inspiring trust in today’s increasingly skeptical shoppers. “[That’s] why there’s a lot of legacy brands where there’s growing numbers of distrust amongst consumers because it’s like, ‘Quit packaging the same old crap you’ve been feeding me for 50 years,’” said Carl, presenting alongside Label Insight chief marketing officer Patrick Moorhead. “‘I know it’s just a marketing campaign that’s not real. I want real.’ And I think that’s why for organizations and leaders who can really understand that and require that of their organization – which means greater humility as a leader and the ability to say we’re not perfect but we’re working on it on behalf of the consumer – I think those people will win.”

However, companies don’t necessarily have to show all their homework or “rip the curtains off” the living room window to be successful, but rather focus on sharing information that actually matters to consumers. “There’s a lot of sausage making,” Carl said. “[With some information,] consumers are like, ‘That’s boring; I don’t care about that. But, what I want to know is can you check these boxes of questions that I have. Like, can I feel good about this? Do I know where this comes from? Does it stand for something?’”

Consumers can have a varying number of needs when it comes to transparency. Some shoppers are looking for bread spread without peanuts because of their allergies, for example, while others may care about the labor practices involved in producing the product. Still, for most consumers, price is a key factor in their purchase decisions, which is why the importance of price transparency is so critical.

For example, most shoppers would buy a plane ticket from an aggregator website versus directly from Delta or American Airlines’ websites. Thus, Delta and American have to make sure their data is clean, available, accurate, timely and on the platforms where people are going to inform themselves, Carl said.

Looking at technologies to watch, Carl said blockchain technology is going to have massive implications for supply chain and for accounting practices within organizations. Though admitting there are far better experts on the technology, he explained blockchain is essentially a digital ledger which cryptocurrency Bitcoin leverages. Information in a blockchain is linked together in a way that can’t be tampered with or undone which lends itself to a much greater transparency and trust.

“To be able to trace stuff back to the source and be able to see every hand along the way from a supply chain perspective – from farm to shelf or from upstream raw materials through factories to shelf etcetera – that’s pretty dang cool,” Carl said. “I think blockchain is going to really help enable that and, for companies, deliver better accountability of their own practices. And ultimately, for the consumer, have a better trustworthiness of the whole process.”

How Target Is Responsible for Amazon's Success 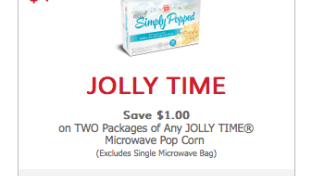