Target Has a 'Wonder'-Filled Holiday

Target Has a 'Wonder'-Filled Holiday 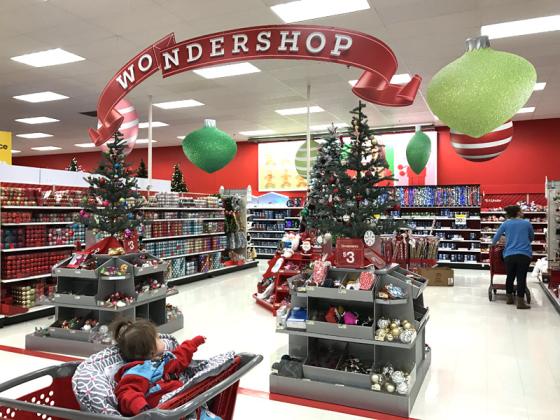 TV advertising played a major role, with the retailer increasing year-over-year TV ad spend 118% to $8.4 million in the month leading up to Black Friday, Nov. 24, as reported by Kantar Media. The first of 10 "Together's the Joy" holiday TV spots debuted Nov. 1, 2017, depicting a boy and girl enlisting various toys to help get an unfurnished, partially dilapidated “super special house” ready for the holidays. The house resembles the wooden doll house from the mass merchant’s exclusive Hearth & Hand with Magnolia line— which rolled out Nov. 5 — while the spot itself parodied the home renovating series Fixer Upper. Spots ran in English and Spanish.

“Not only is it a fun way to integrate this beautiful new, only-at-Target brand, it introduces that sense of magic and wonder that’s always been part of our holiday marketing," said Todd Waterbury, Target's chief creative officer, in a media release.

The toys depicted in the spots were animated versions of products from brands including Lego Group’s flagship, Hasbro's My Little Pony and Mattel’s Barbie. The same toys were represented in Target’s 2017 holiday toy book, which was mailed to shoppers in late October and available in stores via standees.

Lego received the spotlight in stores by erecting a photo booth in the retailer's seasonal holiday department from Dec. 1-17. The photo booth depicted a Lego Santa Claus and Target mascot Bullseye in front of an upside down fireplace, allowing shoppers to snap their own photographs and appear as if they were coming down the chimney. Shoppers were able to use their own cameras or, from Dec. 2-3, get their photograph taken by a Target staff member to receive a free printed photo and keepsake holiday magnet frame. A display ad on target.com and in-store standees touted the event. A TV spot portraying Lego figures constructing a Lego fireplace also indirectly highlighted the effort.

Target positioned grey floorstands in aisles throughout the store to provide secondary merchandising space for a collection of gifts and stocking stuffers. The collection comprised nearly 1,700 items — ranging from slippers to candy in holiday-themed packaging — from brands including Hershey Co.'s flagship and Rolos, private label Wondershop, and Can't Live Without It's S'ip by S'well. Target also merchandised holiday products in the aisles via floorstands resembling giant versions of the mass merchant's shopping basket. The merchandising unit was introduced last year.

Elsewhere in stores, Target embraced the holidays as it did last year, recreating a "Wondershop" destination in the seasonal department and stocking a variety of exclusive products including:

Multiple ceiling banners throughout the store directed shoppers to the "Wondershop" destination that merchandised seasonal products from brands such as Philips and Wondershop, which was expanded this year to include a bevy of sweet treats, salty snacks and edible gifts. Standees at the front of the store communicated holiday events, including the aforementioned Lego chimney photo op.

On target.com, the retailer added a "GiftNow" button to the e-commerce pages of tens of thousands of items that allows shoppers to purchase an item as a gift and send an electronic gift box to the recipient’s email address. Shoppers can send an e-gift instantly or choose a specific date. Recipients can accept the gift or opt to select a different item. The GiftNow button remains available on select products. A promotional page and display ad with target.com support.

Target reported "stronger-than-expected" holiday sales. Comparable sales in November and December grew 3.4%, much higher than the projected range of 0-2%. The retailer said growth was driven by strong traffic growth and continued strength in digital sales, which executives predict rose more than 25% in 2017.

“We are very pleased with our holiday season performance, which reflects the progress we’ve made against our strategy throughout the year,” said Brian Cornell, Target chairman and chief executive officer, said in a media release announcing the results. "As we look ahead to 2018, we will build on the foundation we established this year by launching additional exclusive brands, enhancing our digital capabilities, opening approximately 30 small-format storesand tripling the size of our remodel program to more than 325 stores. We will also remain focused on rapidly scaling up new fulfillment options including same-day delivery, which will be enabled by our acquisition of Shipt, and our recently launched Drive Up service.” 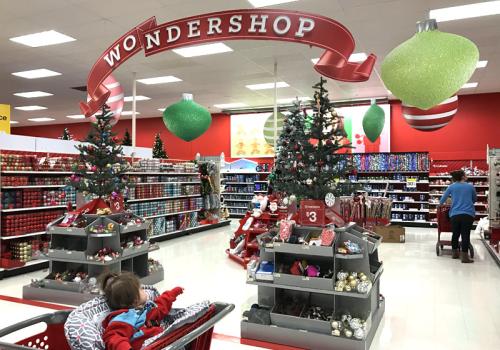 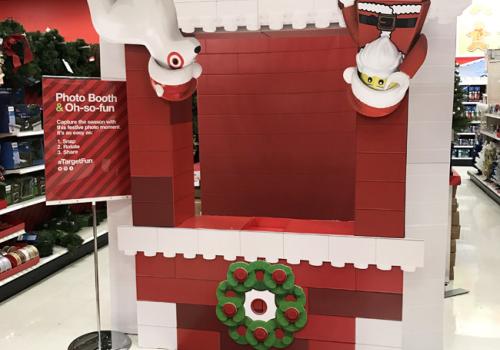 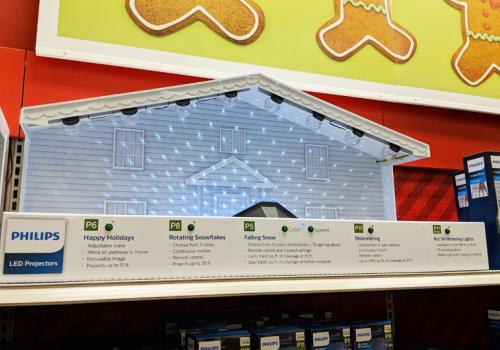 Case Studies
PetSmart Celebrates 'The Joy of Giving Back'