PetSmart Cleans Up Its Grooming Service

PetSmart Cleans Up Its Grooming Service 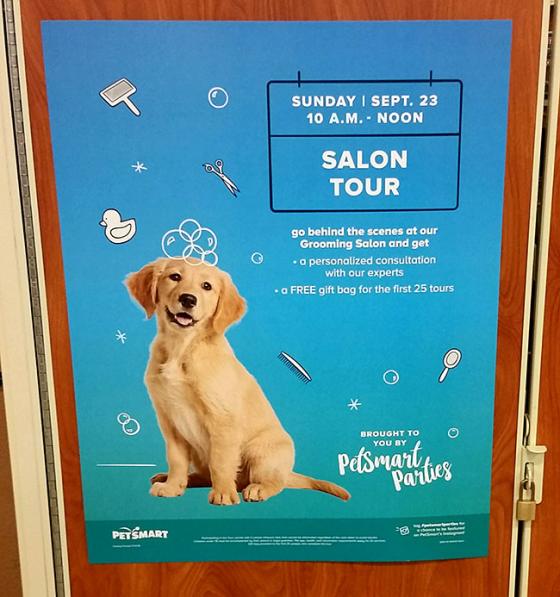 PetSmart is running several efforts in a bid to reassure shoppers of the quality of its in-store grooming services following a review of its training and safety standards.

In stores, posters promoted a Sept. 23 salon tour where shoppers could get personalized consultations with groomers and a behind-the-scenes look at the facilities. The first 25 shoppers at each location received a reusable bag depicting a "groomed with love" message. Stores with a PetsHotel also offered tours of the boarding facilities. Radio spots and Facebook, Twitter and Instagram updates promoted the event.

Updates made after the event directed consumers to a video about the grooming salon uploaded to the retailer's YouTube channel on April 2. (See below.)

A home page carousel ad on petsmart.com as well as Facebook, Twitter and Instagram updates link to a page of stories from pet stylists where consumers can also book service appointments. Oct. 15 updates on the same channels promoted a "Be the Difference" campaign the retailer held the week prior during which stylists provided free grooming to shelter pets. PetSmart has also named a "Pet of the Week" that was groomed in stores since July 2, sharing pictures across the social media channels.

Some stores have also been encouraging shoppers to write notes for the groomers, which are displayed on the salon's windows. Aug. 16 Facebook, Twitter and Instagram updates promoted the practice.

Case Studies
PetSmart Celebrates 'The Joy of Giving Back'