Back-to-school marketing in the grocery and mass channels, already competitive if not cluttered, faced simultaneous Olympics-related promotions this year.

In stores, eight-packs of various brands from Coca-Cola were positioned in Action Alley on pallets outfitted with wraps that invited shoppers to “read like a champ when you buy.” The wraps also depicted the logos of the other participants and a “start school like a champion” message. A dedicated page within Coca-Cola’s ShareRefreshingIdeas.com and blog posts seeded by Collective Bias provided support. 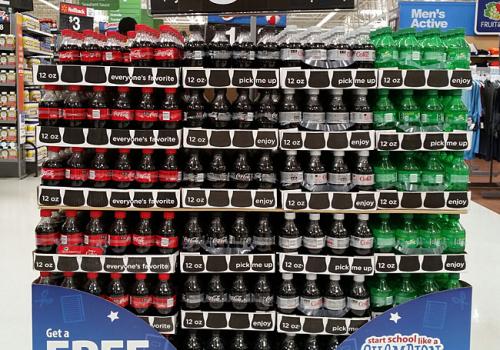 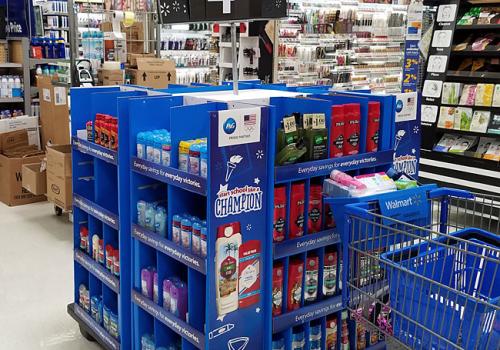 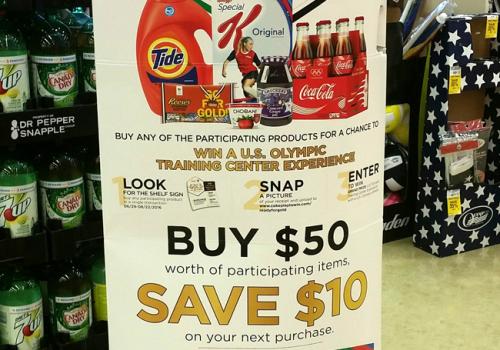 Safeway 'Get Ready for Gold' Standee 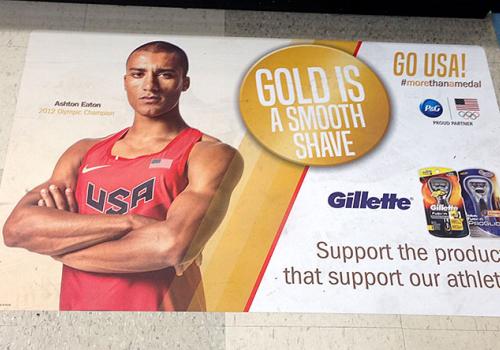 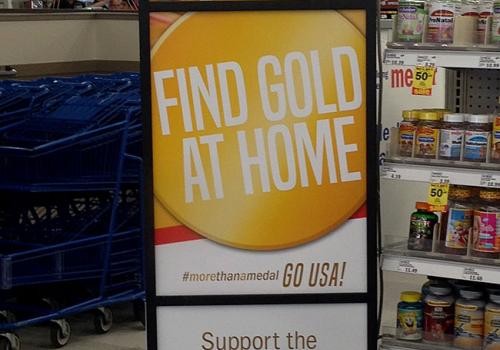 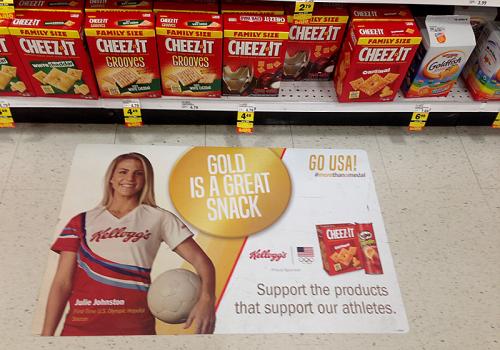 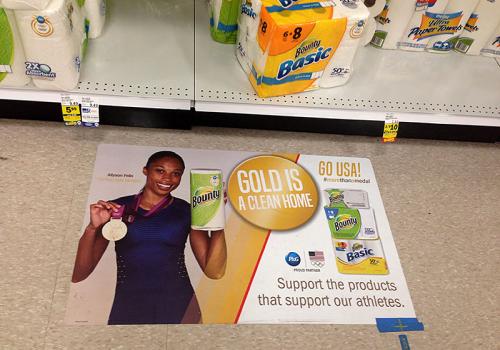 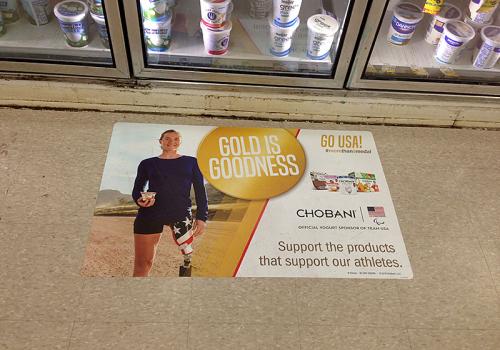 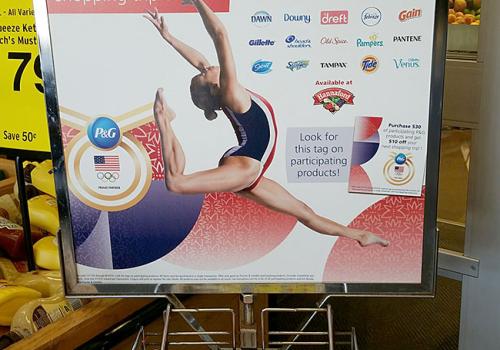 Across the store, the same “start school like a champion” message appeared on custom pallets that merchandised Procter & Gamble’s Gillette, Old Spice and Secret and activated the manufacturer’s Olympics sponsorship.

Meijer used stanchion signs to urge shoppers to purchase products from the same five manufacturers plus fellow Olympic sponsor Chobani under a “More Than a Medal” message. Ceiling signs and floor clings depicted individual Olympic and Paralympic athletes and products from their sponsors. A security wrap offered $5 off a future purchase for every $25 spent on P&G’s Charmin, Bounty and Puffs by Aug. 13.

Multiple circular features supported the program, some promoting deals on products from the sponsors – such as $2 off the purchase of four select Kellogg’s SKUs and $10 off a future receipt with purchase of two P&G’s Pampers or Easy Ups bulk packs. A promotional page within Meijer.com, Twitter updates, a 15-second TV spot, and ads in multiple emails and on Meijer’s home page and other websites such as RunnersWorld.com rounded out the campaign.

Albertsons Cos. teamed with the same squad of manufacturers to stage a “Get Ready for Gold” sweepstakes that awarded a track and field training experience with U.S. Olympic athletes to one winner in each of the grocer’s 14 divisions. Three hundred runners-up received beach items.

Shoppers who bought a qualifying SKU from one of the manufacturers between June 24 and Aug. 22 entered by uploading their receipt to a promotional website by Sept. 5. The site was operated by Southfield, Michigan-based HelloWorld. During the promotion, shoppers also earned $10 off a future receipt with purchase of $50 worth of eligible SKUs in a single purchase.

At Ahold Delhaize’s divisions, P&G earned a spectacular presence. Stop & Shop, Giant and Martin’s hosted an exclusive sweepstakes from July 8 to Aug. 18 that was staged on a promotional website (PGGoldenYear.com). Five winners designated a school of their choice to each receive $10,000 for the physical fitness department and a visit from both an Olympic and Paralympic athlete. Westbury, New York-based D.L. Blair handled the sweeps.

In stores, account-specific spectaculars adorned with P&G’s official “Proud Partner” Olympics logo were positioned in either the lobby or near the packaged household items aisle. The displays plugged the sweeps with a “get your family ready for a golden school year” message. Standees that were part of the displays depicted the participating Team USA athletes. Features in the retailer’s July 8 and July 29 circulars supported the effort.

Ahold Delhaize’s Hannaford offered a bulk-purchase incentive, dangling $10 off a future receipt with purchase of $30 worth of select P&G SKUs from July 17 to Aug. 20. Stanchion signs using the “Buy the brands that support Team USA” message that P&G employed at multiple retailers promoted the deal in stores. Shelf tags identified eligible items.

A two-page feature in the retailer’s July 24 circular touted the incentive and offered deals on brands including Tide, Crest, Cascade, Tampax and Febreze. A home-page display ad on Hannaford.com, ads in multiple emails, and Facebook and Twitter updates all linked to a list of qualifying SKUs.

From July 27 to Aug 16, MVP loyalty cardholders who purchased five eligible SKUs received a code redeemable for $10 in Visa digital rewards through Sept. 30 via a promotional page within FoodLion.com. A home-page carousel ad, back-to-school webpage within FoodLion.com, ads in multiple emails, and Facebook and Twitter updates all linked to the page.

Meijer Wants to Be Teacher's Pet

Cause Marketing/ Community Programs
Southeastern Grocers Gives Back to Schools