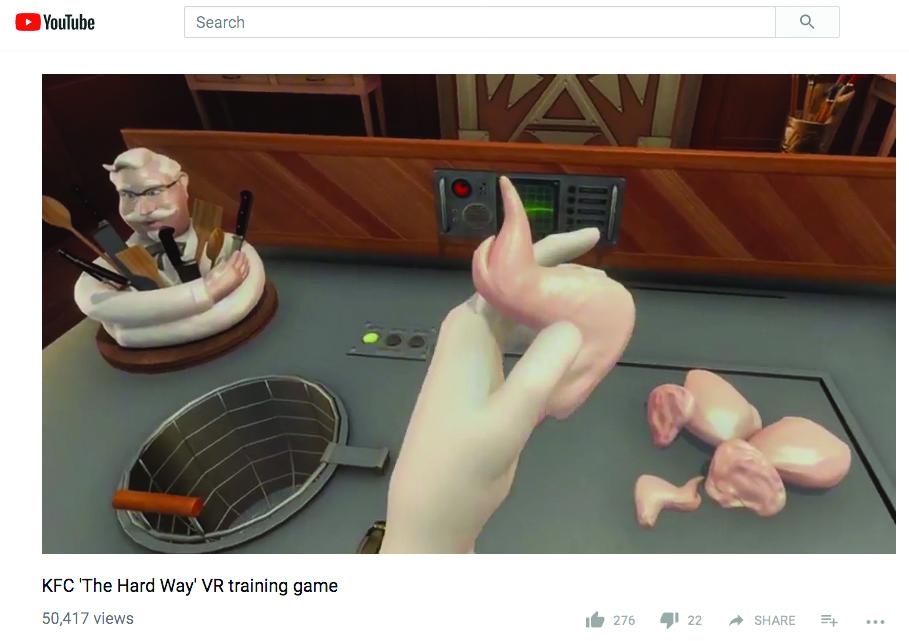 KFC Corp. launched a virtual reality training game for its staff that mimics a frightening virtual escape room. The player can’t leave until performing the steps in cooking a tasty fried chicken. Designed to be played inside an Oculus Rift headset, KFC is using it more as a fun support tool. Fortune reported that KFC has five Oculus Rift sets that it is bringing to regional general manager training classes, franchise meetings and elsewhere to enable staff to engage with the game in the intended VR setting. The video can be seen on YouTube, too. It feels like the hit virtual game “Five Nights at Freddy’s,” with a creepy, coughing colonel barking orders and scary music playing. In a way it’s brilliant, how it reinforces the important steps staff should be taking when in the kitchen, supporting the on-site training they receive at restaurants.