Jewel-Osco Shoppers Gear Up for ‘The Grinch’

Jewel-Osco Shoppers Gear Up for ‘The Grinch’ 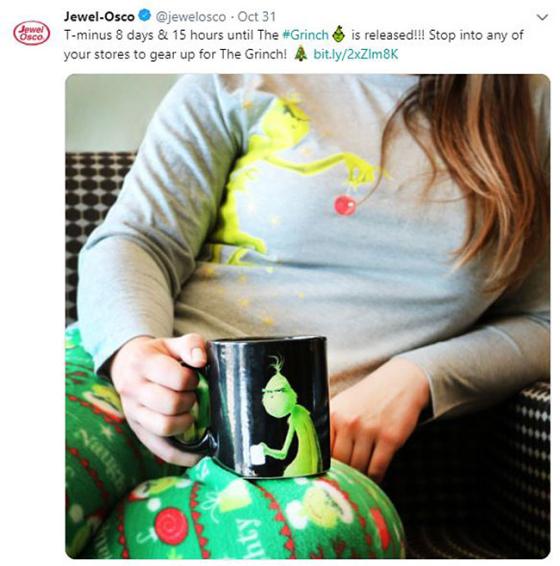 Albertsons Cos.' Jewel-Osco is tying in to the excitement surrounding the Nov. 9 theatrical release of Universal Pictures' Dr. Seuss' The Grinch by stocking a slew of licensed, limited-edition merchandise including exclusive pajama pants.

Available in select stores and via Instacart, the collection is priced from $3.99 to $19.99 and spans Grinch-themed water bottles, oven mitts and housewares as well as T-shirts, socks and loungewear including exclusive microfleece sleep pants priced at $9.99.

Jewel took to social media to promote the film and the licensed merchandise. Facebook, Instagram and Twitter updates invited shoppers to "gear up for The Grinch”  on Oct. 31 and boasted of the retailer's “entire line of Grinch apparel” on Nov. 8. Multiple circular features supported, including a bottom-page feature in the retailer’s Oct. 31 circular that showcased the majority of the available line and directed shoppers to its Big Book of Savings for more details. The ads spotlighted the pajama pants with a “Jewel-Osco exclusive” logo.

At one Jewel-Osco in Chicago, P2PI spotted the exclusive pants merchandised alongside the Grinch-themed T-shirts, water bottles and travel tumblers on a power wing at the end of the baby care aisle. At another Jewel in Chicago, Instagram user @suebeedo posted the merch presented on a table display as well as a spectacular depicting the Grinch’s face using SKUs from Coca-Cola Co. brands.

Path to Purchase Institute members can view more images of holiday promotions at Jewel-Osco and other Albertsons chains at p2pi.org. Members also have access to more than 2,700 images and 200 articles of marketing and merchandising activity at Albertsons Cos., along with a full Retailer Profile outlining the chain’s operations and strategies. 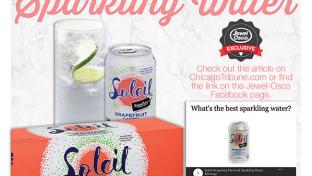