It’s official: Consumers now have as many options for subscription-based razor blade replenishment services as they do product options on the retail shelf.

OK, it’s not literally official – in fact, it’s not really true. But it might as well be: My unofficial list of options encompasses Dollar Shave Club, Harry’s Inc., Bevel, Gillette, CVS/pharmacy and the newest addition, Schick Hydro. And don’t worry, the Bic Shave Club is on its way: The brand began testing the service in France at the end of March.

A Google search also turned up something called the “Wet Shave Club,” which has 1,177 “members,” according to its home page, and provides a monthly supply of products that facilitate “shaving the way it used to be.” (Does that mean straight razor and strop?)

Here’s one thing that is official: the act of buying razors is most certainly not what it used to be. This age-old path to purchase is now marked by complimentary first orders, snarky advertising and free shipping. 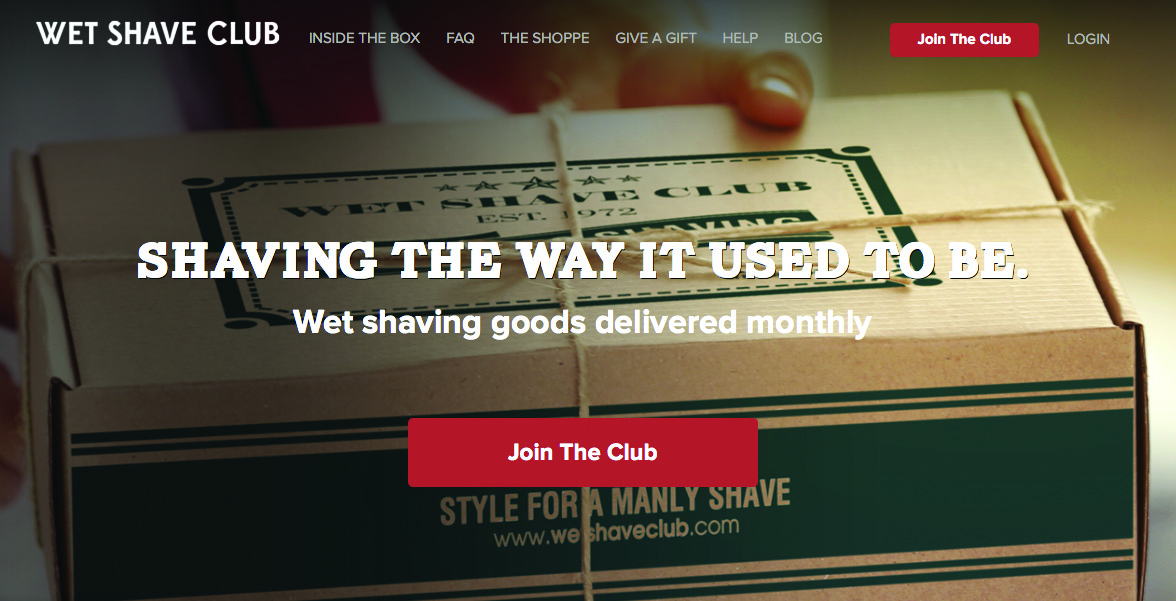 And that’s a very good thing, at least for the consumer. The category has long been fairly expensive (DSC and Harry’s both entered the market as low-cost alternatives) and confusing to shop (“How many blades do I actually need? … Which friggin’ razor do I own again?). And then rising theft levels forced many retailers to put the products behind locked plastic on the shelf. (“Can an associate please help the gray-haired gentleman in Aisle 5?”)

So the idea of adopting new-age sales and distribution methods for the category was somewhat of a no-brainer as far as packaged goods go – especially after those aforementioned new brands made it perfectly clear to the old guard that consumers really liked the idea.

But the fact that an entire category is now battling online to build loyalty while simultaneously locking in long-term sales is certainly a noteworthy sign of the times.

Just Do It on Amazon
So was the news in July that Nike had reached a deal to start selling its products directly on Amazon.com. Until then, Nike had been one of those elite brands whose reputation, pricing strategy and marquee standing in the retail world (1,000 of its own stores; brand shops everywhere else) meant that it “didn’t need” Amazon to succeed. In fact, Amazon’s price-damaging business model was considered a detriment to success.

Ultimately, not selling on Amazon proved to be the greater detriment because, as many other brands have learned through the years, if you’re not selling your own products on Amazon, someone else is. And those Amazon Marketplace sellers certainly aren’t worried about your margins or your brand affinity – and they might not even be selling your real product. In fact, Morgan Stanley found that, despite its personal abstinence, Nike was still the top-selling sports apparel brand on Amazon. (By the way, Path to Purchase Institute members who need a comprehensive understanding of Amazon should check out our brand-new Retailer Profile.)

Now, Nike will itself become an Amazon Marketplace seller and Amazon will scare off the counterfeiters and unauthorized resellers. You truly cannot stop the march of progress, no matter how hard you try.

Progress isn’t over yet, either. The question of whether to sell directly to consumers through Amazon or any other channel will probably seem quaint down the road, when the issues facing consumer product manufacturers will become even more complex – like, for instance, “How do I get Alexa to recommend my brand instead of Amazon’s private-label competitor?”

Here’s another: “What will it be like when we have to market to the personal assistant” rather than a human consumer?

That question was posed by David Hewitt, vice president of consumer experiences and innovation labs for SapientRazorfish, during a conference-closing keynote at Consumer Goods Technology’s Sales & Marketing Summit in June.

“We’re starting to act human in the way we interact with computers,” using artificial intelligence-enabled personal devices more like personal assistants, Hewitt explained. In the last six months, 42% of consumers have started using voice commands on their personal devices; by 2020, 30% of web “browsing” will be conducted by voice instead of screen, he forecast.

In that scenario, it will be common for personal devices to handle some of the purchase decisions. Brand marketers will have to hope that Siri, Alexa and all those other AI personalities have an informed, objective opinion.

Or, that they already subscribe to the brand’s automatic replenishment service.

NOTE: Peter Breen is editor-in-chief of Consumer Goods Technology (CGT), a sister publication of Shopper Marketing. He can be reached at 973-607-1300 or [email protected]