Program: Say Thank You With M

Mars Chocolate had a history of under-indexing at Walmart during the summer season, partly because so much display space had been set aside for Hershey’s and the s’mores experience. “Say Thank You with M” changed that and cemented summer as a fifth season for Mars, celebrating patriotism and giving back.

“Say Thank You With M” anchored the seasonal platform that donates chocolate to the United States troops and veterans. When shoppers purchased M&M’s in-store or online, Mars donated a bag to the troops – culminating in nearly 2 million pounds of donated chocolate. The campaign also included ways to send “Thank You” letters to troops online and at in-store letter-writing stations. 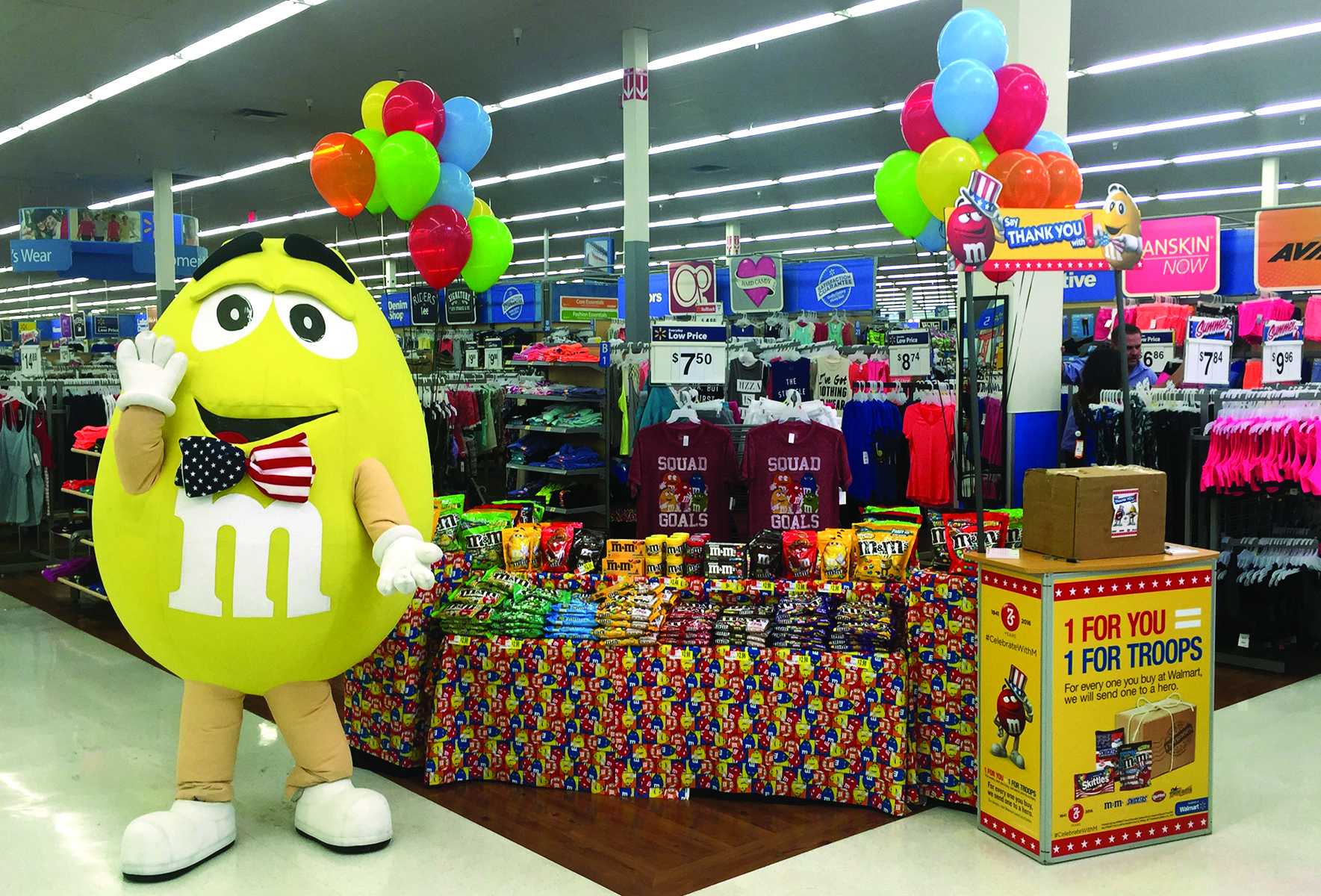 The campaign celebrated the 75th anniversary of the M&M’s brand, which got its start as a candy rationed to U.S. troops. With 95% of NASCAR fans supporting patriotic efforts and nearly 70% of them shopping at Walmart, Mars tied the campaign to NASCAR-themed retailtainment events that included the letter-writing stations and messaging and tie-ins to the Kyle Busch M&M’s car. M&M’s were packaged in red, white and blue colors, and the omnichannel effort leveraged the Walmart Exchange for media banners as well as bloggers, social media posts (paid and owned), a print FSI, radio, ads on Gas Station TV and Walmart TV, and in-store signage and displays.

Mars targeted Walmart shoppers, who are very patriotic, and Millennial shoppers who had purchased Mars candies at Walmart over the last three months. In the end, shoppers wrote more than 13,000 letters to troops, and the campaign garnered more than 104 million campaign impressions and nearly 35,000 social media engagements.

During the nearly two-month time frame, Mars increased sales at Walmart by more than 25% compared to a year earlier. This marked a $6 million gain in incremental sales, far surpassing the campaign’s goal of $2.4 million. The campaign is continuing in 2017. 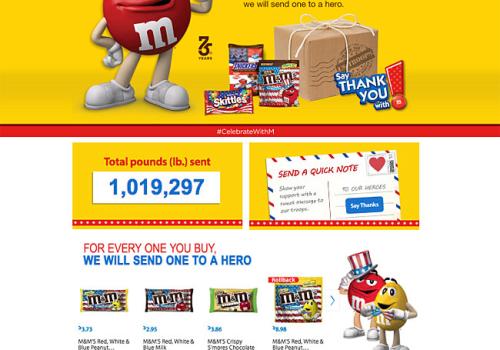 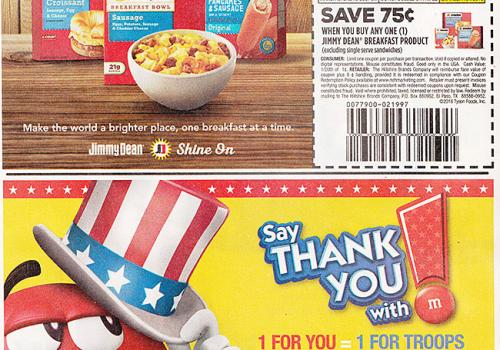 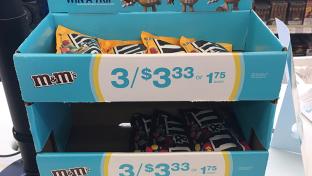