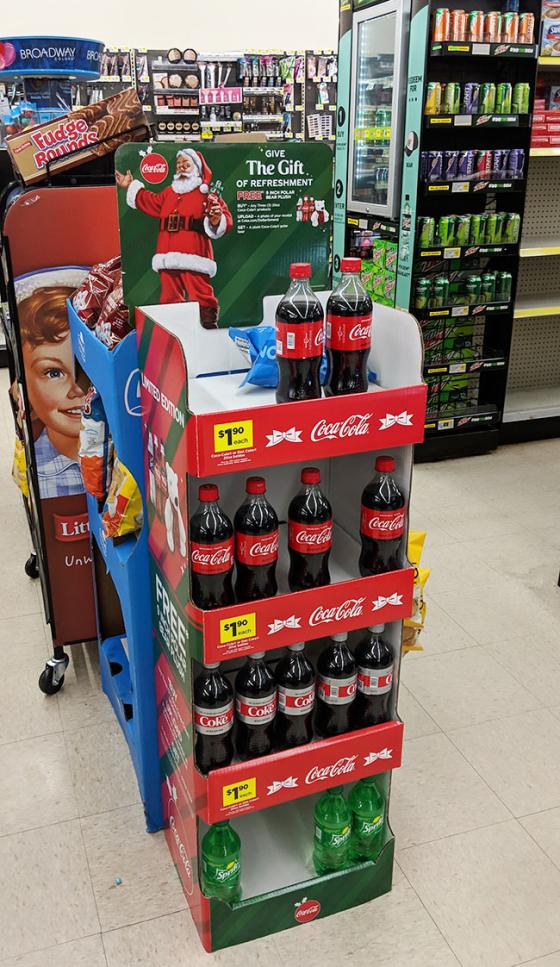 Dollar General has teamed with Coca-Cola Co. for a holiday-themed incentive encouraging shoppers to "give the gift of refreshment."

In stores, account-specific, holiday-themed floorstands tout the promotion while stocking participating Coca-Cola, Coke and Sprite beverages. Coca-Cola SKUs also enjoy secondary merchandising space via custom endcaps employing the same image of Santa Claus and the "give the gift of refreshment" message found on the aforementioned floorstands. A carousel ad on the retailer's home page also supports the promotion.

Coca-Cola has previously given out stuffed polar bears at retailers including Best Buy and Kroger.

For a look at other Coca-Cola account-specific activity at Dollar General click here.

Dollar Stores
Dollar General Shares a Cause with Coke