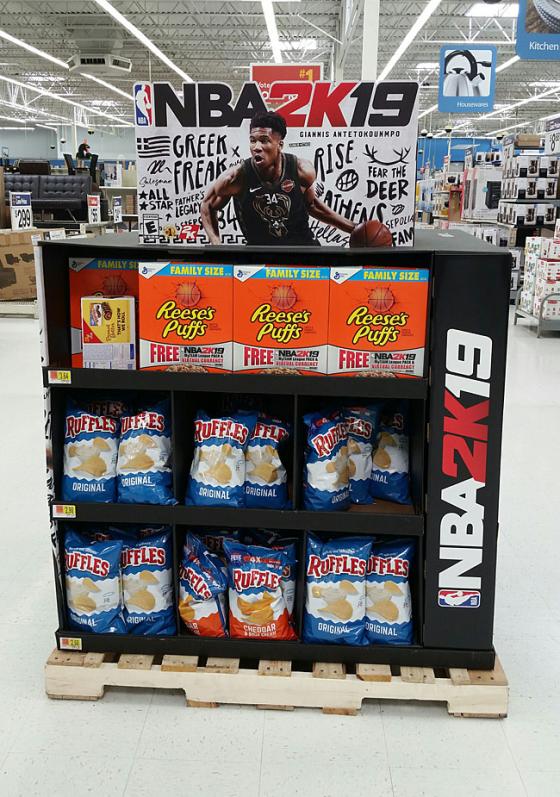 Several packaged food brands made their way out of Walmart's grocery aisles to secure secondary merchandising space in the retailer's entertainment department through a partnership with Take-Two Interactive Software's NBA 2K19.

The Reese's Puffs launch partnership includes promotional packaging delivering in-pack codes redeemable for in-game currency. Walmart is exclusively stocking family-sized boxes of the cereal with codes worth 2,500 in virtual currency (compared to the 1,000 available through codes from standard packaging stocked at other retailers). The promotion runs Sept. 1 through March 31, 2019; HelloWorld, Southfield, MI, administers.

"Over the past few years, we have done a code on packaging to give extra value for that product," Alfie Brody, vice president of marketing for NBA 2K told alistdaily.com last year. "We’ve done research on the consumer packaged goods side with companies that are also NBA partners, exploring the crossover of their fan base with ours. This is another method to incentivize consumers to further engage."

Meanwhile, purchases of two 26-count packs of original or mild Slim Jim snacks at Walmart are redeemable via text message for an in-game "locker code." Bloggers promote the offer via social media using an #NBA2K19atWalmart hashtag.

Cover athlete for the NBA 2K19 standard-edition game, Giannis Antetokounmpo of the Milwaukee Bucks, is depicted on the display, which has multiple configurations including a four-sided pallet and a two-sided floorstand. LeBron James is the cover star for the anniversary edition. Each player is also depicted on separate supporting standees.

The anniversary edition launched Sept. 7 while the standard edition hit shelves on Sept. 11.

Reese's and Ruffles both have an in-game presence. 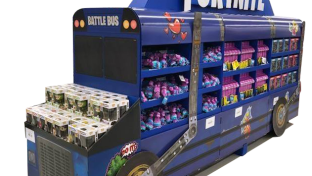 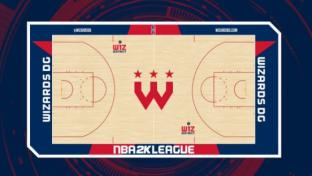