Bill Baumann was named director of sales at the Path to Purchase Institute, a division of EnsembleIQ. He most recently served as regional vice president of business development for Winsight’s convenience group and worked for more than 27 years at Penton, where he held sales, publisher and group publisher roles.

Alice Delahunt will join Ralph Lauren in the newly created role of chief digital officer in April. She will report directly to CEO Patrice Louvet and become part of the company’s executive leadership team. Delahunt will be responsible for elevating the company’s global digital platforms and enhancing the digital experience for consumers across all channels to drive acquisition, retention, value and revenue.She comes to Ralph Lauren from Burberry, where she served as director of digital marketing and led digital innovation on social media platforms globally.

Former senior vice president of PepsiCo Sales Lisa Walsh was named Truco Enterprises CEO. Her top priorities are expanding distribution of the On The Border brand and accelerating the company’s growth. Walsh also serves as the board chair for the Network of Executive Women.

Regional vice president Nicole Wescoe was promoted to president of the Northeast region to oversee all 43 stores across New York, New Jersey and Connecticut. Wescoe brings 24 years of experience at Whole Foods to the role, having worked her way up from a team leader in the bakery, specialty and grocery departments at stores in the Mid-Atlantic region.

Meyers’ retail marketing solutions division president Micheal Lane was named CEO, replacing David Dillon and co-owner Chris Dillon Sr. as they transition to the company’s board of directors. Lane serves over all divisions of Meyers, underscoring the company’s approach to providing seamless, start-to-finish solutions for national retailers such as Target and Ulta. 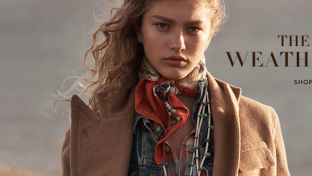