Ahold Delhaize chief e-commerce and innovation officer Hanneke Faber will leave the company at year’s end to lead Unilever’s European division. Faber’s successor will have the new role of chief digital officer and be responsible for driving digital transformation and innovation, including loyalty data analytics and personalization, which are major elements of Ahold Delhaize’s “Better Together” strategy.

Jim Perkins was named president of the Safeway Eastern division, adding to his two other existing roles at the company. He is currently vice president of retail operations and special projects as well as president of the Acme Markets division. This puts Perkins in charge of roughly 300 East Coast stores under the Safeway and Acme banners. Perkins previously led the Acme banner from 2012-2015, and rejoined the division earlier this year to help integrate its newly acquired stores from A&P.

Former banking executive Rob Scruggs was named chief digital and customer engagement officer to fill a newly created position in which he will lead the strategy for customer engagement including digital experience and tools. He will report to Dollar General chief merchandising officer Jason Reiser, who joined the company in June after holding key merchandising roles at Vitamin Shoppe, Family Dollar and Sam’s Club.

Kohl’s chief merchandising and customer officer Michelle Gass and chief operating officer Sona Chawla will take on Kevin Mansell’s CEO and president duties, respectively, when he retires in May.

Scott Doughman is taking up the president post at Hayneedle, the online home furnishings retailer acquired by Jet and now owned by Walmart. Doughman replaces Jon Barker, who left Hayneedle in the spring, permanently filling a spot that had been held by vice president of technology Ryan Paulson in the interim. Also at the retailer, Anthony Soohoo is filling the newly created position of senior vice president and general manager of the home group across all U.S. e-commerce retail within Walmart.com, Jet and Hayneedle.

Former Coca-Cola veteran Peter Tunkey was named a vice president of the firm. His role is to originate and lead engagements across Capre’s service lines, continuing the firm’s reputation for developing and implementing creative and best-in-class sales and marketing solutions. Tunkey also previously held roles at PepsiCo and PetSmart.

Triad global chief customer officer Sherry Smith succeeded former CEO Roger Berdusco. She is responsible for establishing the vision and strategy for Triad’s continued growth and all aspects of operations and financial performance, as executed by a team of more than 500 employees worldwide. 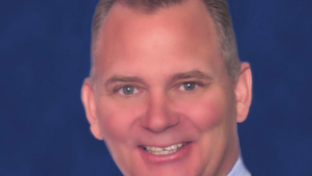 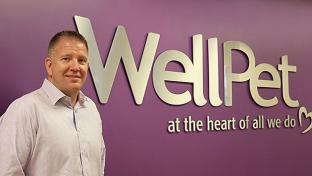