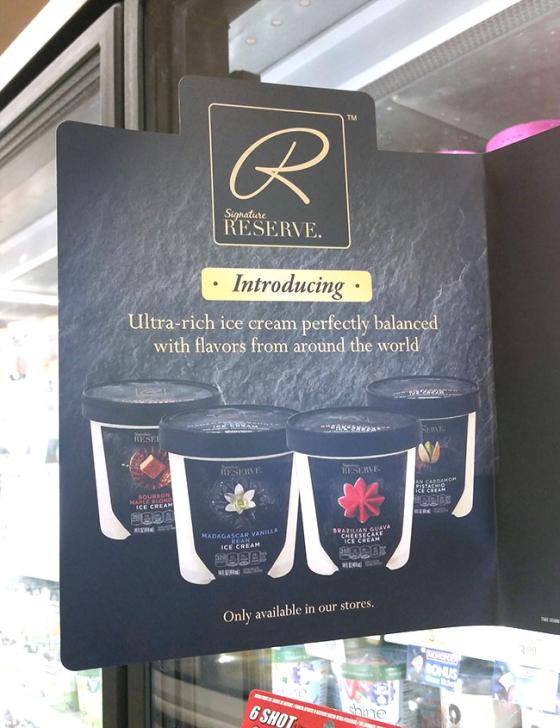 Albertsons Cos. strengthened its own brand portfolio with an infusion of ice cream varieties in time for summer.

Chains including Jewel-Osco, Safeway and Albertsons quietly debuted the new ice cream SKUs as early as two months before the company officially announced Signature Reserve’s nationwide rollout on May 31. Safeway’s April 4 Big Book of Savings spotlighted the additions with a page dedicated to “new & exclusive” ice cream. Since then, the SKUs have been promoted in a wealth of chain circulars and Big Book of Savings editions.

Safeway and other chains also offered various digital coupons for the new SKUs via the Just For U loyalty program, which is in the process of fully replacing the MyMixx loyalty program from mainly East Coast chains and will be implemented retailer-wide by September, according to a May 15 presentation between Albertsons Cos. and Rite Aid analysts. So far, chains including Shaw’s and Star Market have recently transitioned to the new platform, while Acme and Jewel-Osco will soon follow.

Online support spanned Facebook, Twitter and Instagram updates from chains including Jewel-Osco, Randalls, Acme and Safeway. Chains such as Tom Thumb and Randalls tied the launches in to the designation of June 7 as "National Chocolate Ice Cream Day" with June 4 and 7 Facebook and Instagram updates. Radio spots rounded out the effort.

Albertsons plans to expand Signature Reserve to more categories throughout 2018, including pasta and pasta sauces imported from Italy, single-origin packaged coffees from Sumatra and Nicaragua, and four varieties of hand-picked loose leaf tea.

Collectively, the grocer’s own brands make up $11.5 billion of its $60 billion in annual sales, with four brands (Lucerne, O Organics, Signature Select and Signature Cafe) already at the $1 billion mark. In the aforementioned Albertsons and Rite Aid analysts' presentation, Albertsons stated that strengthening its own brand portfolio and providing compelling product offerings are two of its core initiatives. The grocer’s portfolio includes over 11,000 SKUs in over 500 categories with plans to broaden its breadth even further throughout the year, mainly with its natural and organic lines Open Nature and O Organics.

According to Food Dive, private-label products now account for one in every five items sold in U.S. supermarkets, and that ratio is expected to grow in the coming years as retailers continue to focus on expansion and innovation.

Jewel-Osco Goes Red, White and Green for Its ‘Festa Italiana’