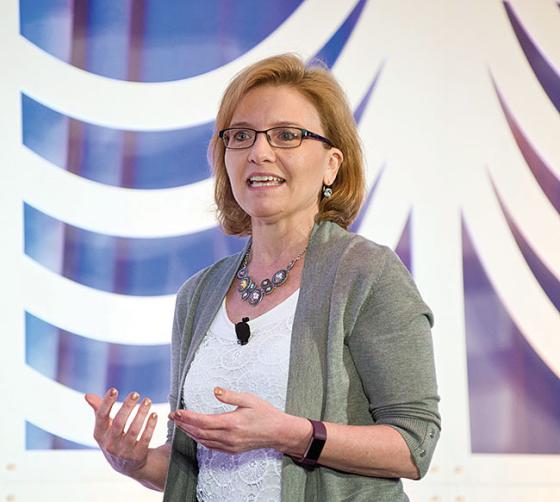 New York — As the U.S. retail market continues to rapidly change, successful retailers must be able to understand and appeal to shoppers on an individual level, according to Amy Hahn, Ahold USA senior vice president. “Those customers that we want to delight are changing and our world is changing,” Hahn said in March during a Shopper Marketing Summit general session. “Our business is being disrupted.”

According to the last census, 38% of Americans are part of a minority group, there are now more Millennials than Baby Boomers, and Millennials are the most educated generation to date – particularly when it comes to women. Meanwhile, the middle class continues to shrink, with segments of Ahold Delhaize’s customer base moving to both higher and lower income brackets, forcing the retailer to meet the needs of both.

Shoppers also have much more power, provided to them by Google, Facebook and smartphones. They are able to buy directly from brands, which are now growing much faster than they could have before the internet. Shoppers also can easily exchange ideas, information and opinions with friends and likeminded buyers. The old ways of marketing to shoppers no longer work.

“We’ve seen the world move from the Boomers, who were in that age of mass communication, to the Millennials and Gen Z’s looking for one-to-one communication,” Hahn said.

Since Royal Ahold and Delhaize Group merged in July 2016, the new Ahold Delhaize has been working on using the strengths of its various banners and brands to best appeal to the 100 million U.S. shoppers it serves. “Everybody has a patchwork of capabilities,” Hahn said. “It’s a really exciting time and a great opportunity for the company to bring all these brands together to get those capabilities embedded in all the brands we’ve got.”

One of the capabilities the retailer has been focusing on is e-commerce, which is now growing faster than brick-and-mortar across the industry. Hahn said retailers must be where the consumer is when she wants to buy, so Ahold Delhaize is working to expand its Peapod grocery delivery service to new markets, since it currently only covers 40% of their territory. The retailer has found that shoppers who use Peapod and shop at an Ahold store spend twice as much.

“We’ve got the omnichannel capability and we’re trying to figure out how to make all the channels work together under a single customer hierarchy,” Hahn said.

Ahold Delhaize has examined many of the new technologies coming to retail – including near-field communication payments, augmented reality and digital assistants – but decided that its greatest opportunity lies in mastering personalization. “There’s a lot of things that have to come together, but by leveraging technology and providing great and increasingly customizable content, it’s possible,” Hahn said. “We have to create approaches that really keep the customer in the driver’s seat. We have to market responsibly.”

Ahold Delhaize is using loyalty data from its 15 million active cardholders to get to know each shopper and give her the most relevant information and offers. The retailer also plans to launch a loyalty card at its Hannaford banner to add to its data, which it uses to send regular emails that deliver relevant digital coupons, which in turn encourage shoppers to download the chain’s mobile application. The emails also highlight items in the weekly circular based on shopping history.

“It’s a huge, huge opportunity for us,” Hahn said. “Every day we’re marrying marketing and technology.”

The personalization isn’t just digital. The retailer launched a “Your Best Loved Brands” campaign that used direct mailers, Catalina coupons, standees, pallet displays, cooler clings and shelf talkers to promote the national and private-label brands most often purchased at an individual store. Hahn said that the effort significantly raised sales and the retailer plans to run it several more times this year.

Hahn said the goal is to make a retailer with millions of customers as personal as a corner grocery store, where the owner lived in the community and had one-to-one interactions with shoppers. Technology can provide the same sort of information that grocer might have gotten by socializing with shoppers, including their economic circumstances, family members, purchase history and favorite recipes. That allows the retailer to recommend higher price items to those that can afford them and deliver special deals to shoppers who can’t.

The retailer appeals to both of those shopper groups with a variety of tactics focused on value and the excitement of trying new things. The Ahold USA chains began running a weekly “Free-day!” promotion last year, offering a digital coupon for a free SKU that can only be downloaded that day. Two years ago Ahold USA launched Savory, a magazine distributed in stores and online that delivers recipes that are matched with coupons to make shopping for them affordable. The publication has also provided another opportunity for CPG involvement since brands can sponsor recipes.

“We intend to continue this journey of putting the customer at the center,” Hahn said.

Supermarkets
Hannaford Cooks Up a Cause