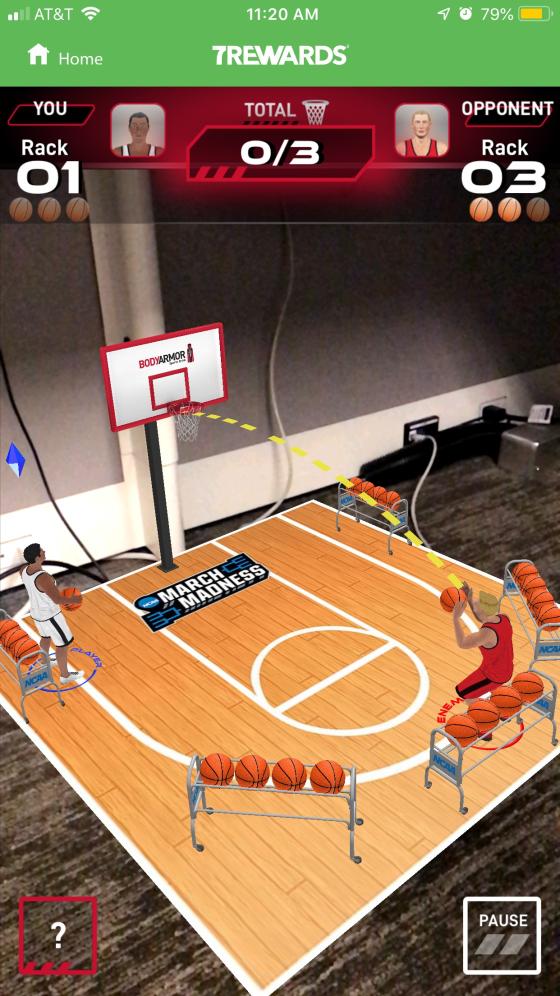 Using a smartphone's front-facing camera, the first experience encourages users to open their mouths to drink a virtual beverage from BodyArmor — which Coca-Cola Co. has a minority stake in — while messages quickly communicate the SKU contains natural sweeteners, electrolytes, vitamins and natural flavors. The "BodyArmor Hydration Selfie" experience then turns users into basketball players, superimposing the real-time image of their face and head onto the body of a player spinning a ball on a finger. Users can customize the skin color, gender and jersey color of their players, which are depicted on a basketball court backdrop employing the March Madness logo.

The second experience leverages a phone's rear camera to anchor a miniature basketball game in an iPhone user's environment. (The game just seems to respond to the phone's movement for users with an Android phone. See the P2PI video from an Android phone below.) Following a three-point shooting contest format, the "BodyArmor 3-Point Shoot Out" game allows users to compete with a virtual opponent to see who can shoot 10 hoops in first with three rounds of escalating difficulty available per game.

Available through April 10, both experiences can only be accessed by 7Rewards loyalty members, who can earn 150 reward points for sharing their basketball selfie and up to 30 points for winning in the mini basketball game. Members also earn double points by purchasing a 28-ounce BodyArmor SKU.

The convenience store chain used Zappar's AR content creation toolkit, ZapWorks Studio, to create the digital imagery that mobile users can activate and share on social media, according to Mobile Marketer. 7-Eleven and Zappar also collaborated last May for the retailer's first AR in-store experience that tied in to the theatrical release of 20th Century Fox's Deadpool 2.

7-Eleven has been increasingly dabbling with augmented reality in recent years. In the fall, the retailer tied in to the new season of the National Football League with football-related AR activities within the retailer's app. The retailer also teamed with Coca-Cola in 2016 to stock exclusive cans that delivered account-specific content via Blippar.

NOTE: For more images from this campaign and 7-Eleven, visit P2PI.org. Path to Purchase Institute members have access to more than 1,500 images and 300 articles of marketing and merchandising activity at 7-Eleven, along with a full Retailer Profile outlining the chain’s operations and strategies. 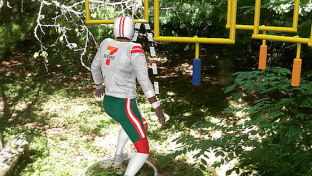